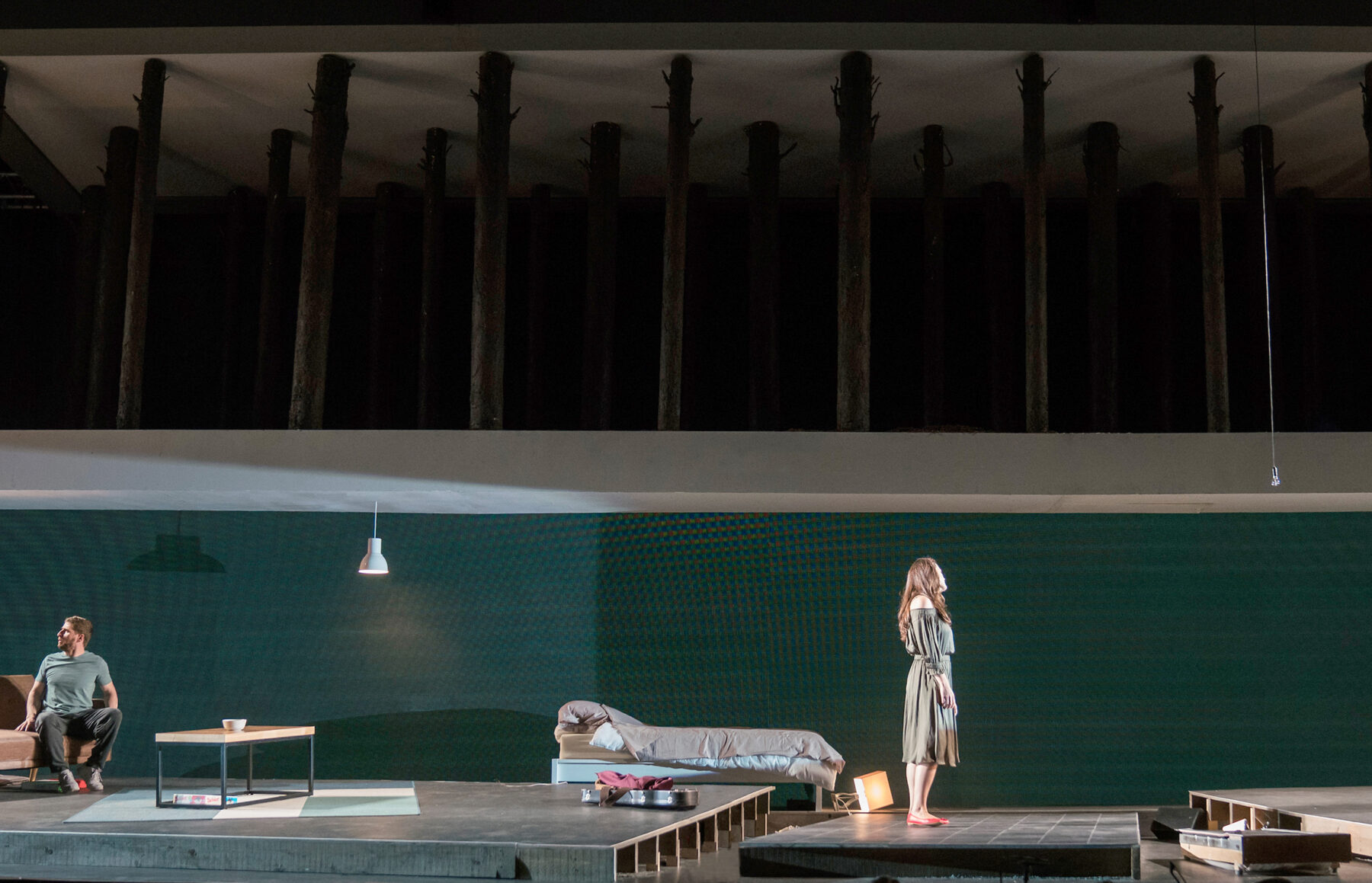 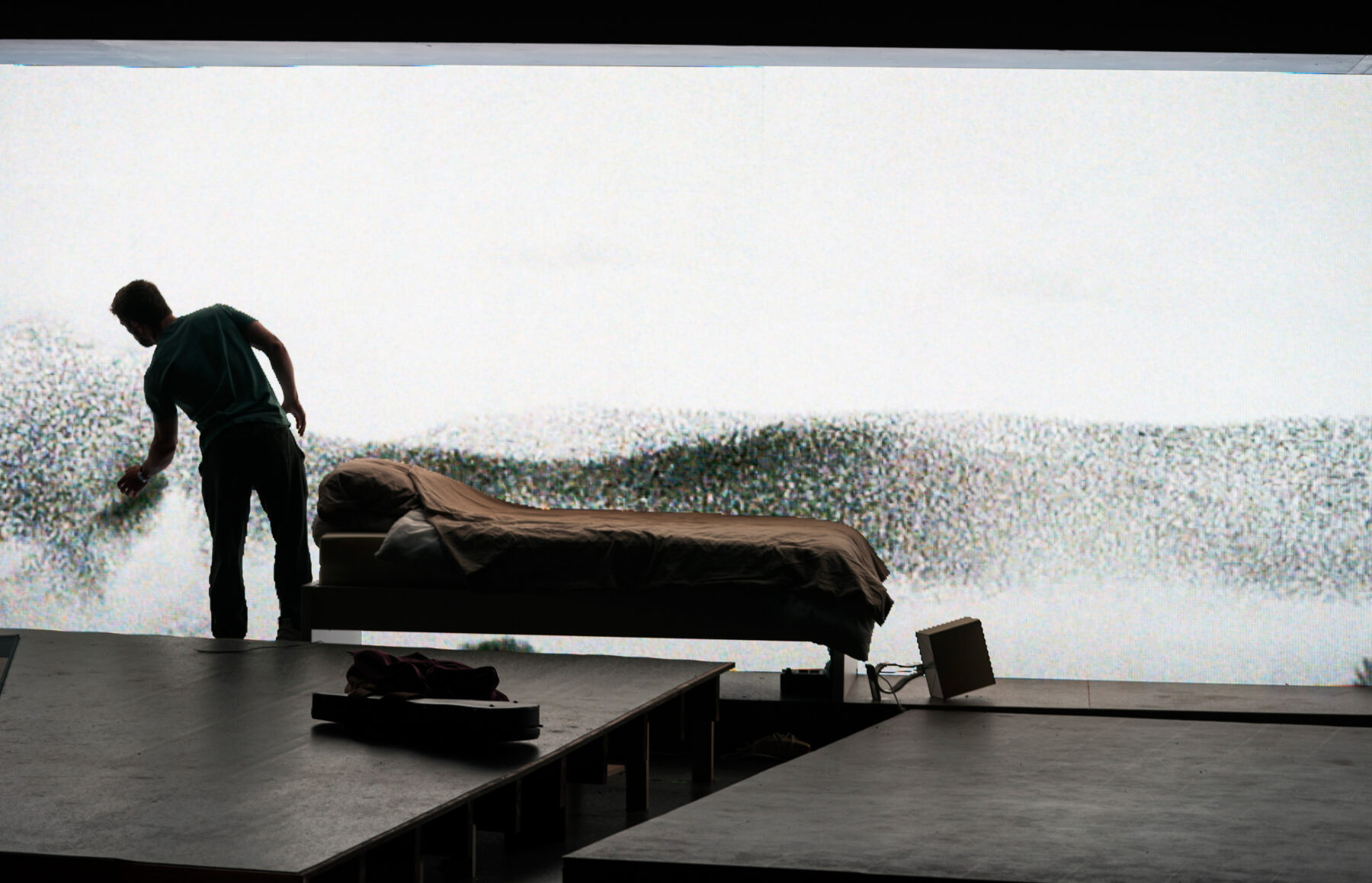 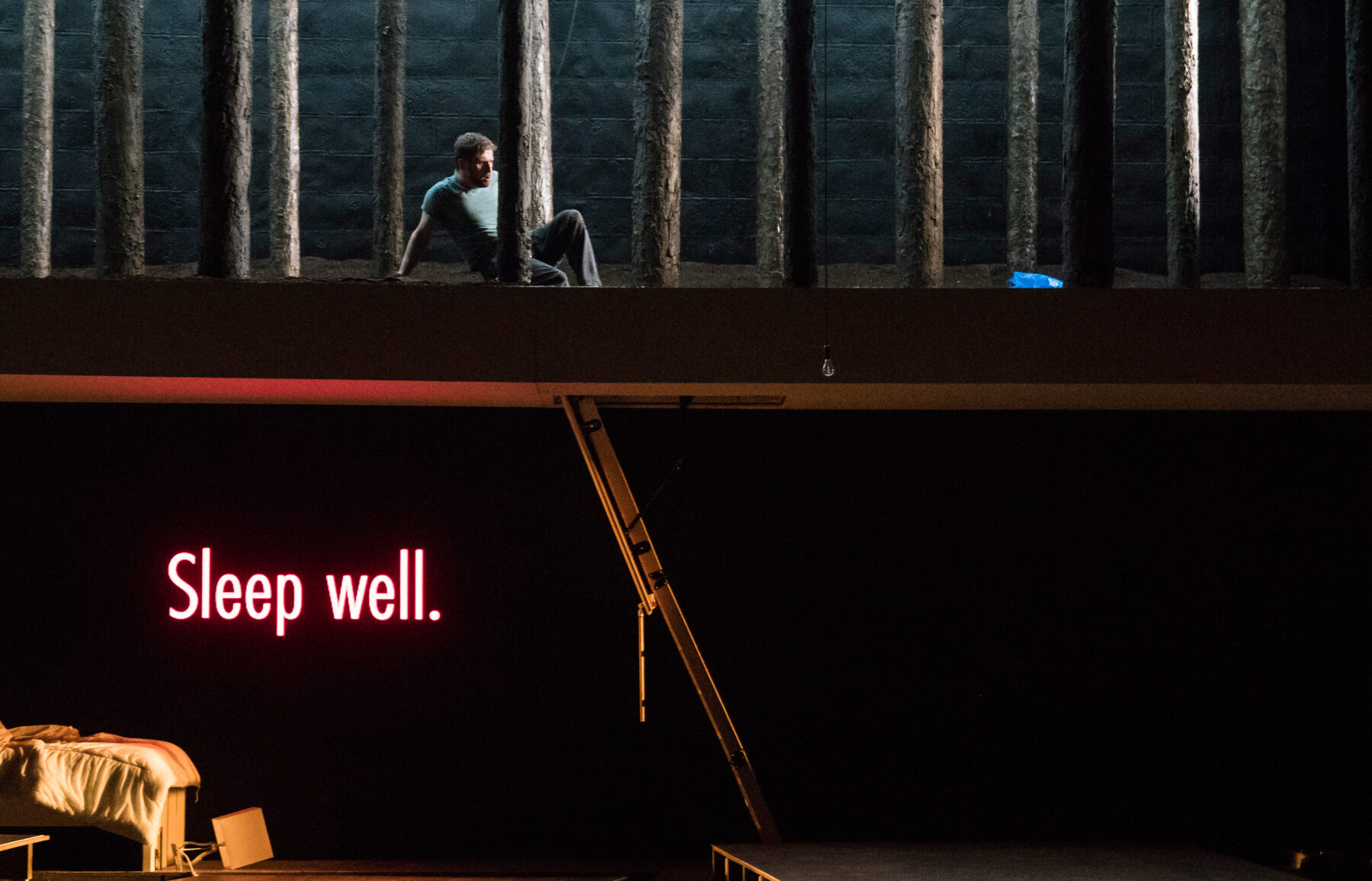 This is a new opera by Donnacha Dennehy & Enda Walsh, about the life of a second violinist, with the Crash Ensemble orchestra sunk into the set – a very closely synched production of sound, light, design & video design, about a life in upheaval, with a dark secret, and an obsession with communication through social media, which forms part of the video design displayed on an LED screen the width of the stage – the protagonist is played simultaneously by a singer & an actor in a mute role.

The set has an over-riding sense of a crime scene and is split into two levels ; a domestic apartment world beneath, & a forest of trees above, accessed by a loft ladder sunk into the ceiling.