Born in Newcastle Upon Tyne, Jacqueline now lives in Staffordshire. Her first designs were with The Mercury Theatre Colchester, designing productions including One for the Road and When I was a Girl I used to Scream and Shout. Jacqueline then moved to Coventry Belgrade, designing productions such as Kiss of the Spider Woman with Adrian Lester, It’s a Girl and Cinderella. Resident at Oldham Coliseum, her production of La Ronde, directed by Ian Forrest was nominated for best design by Manchester Evening News.
Designs for The Birmingham Stage Company, include all of the Horrible Histories, many shows touring internationally. Also Billionaire Boy and Gangsta Granny by David Walliams, (nominated for an Olivier award 2018), Liz Pichon’s Tom Gates and David Baddiel’s Animalcolm for Story Pocket Theatre.
Jacqueline was Art Director for The party at The Palace for the Queen’s Birthday celebrations at Buckingham Palace. 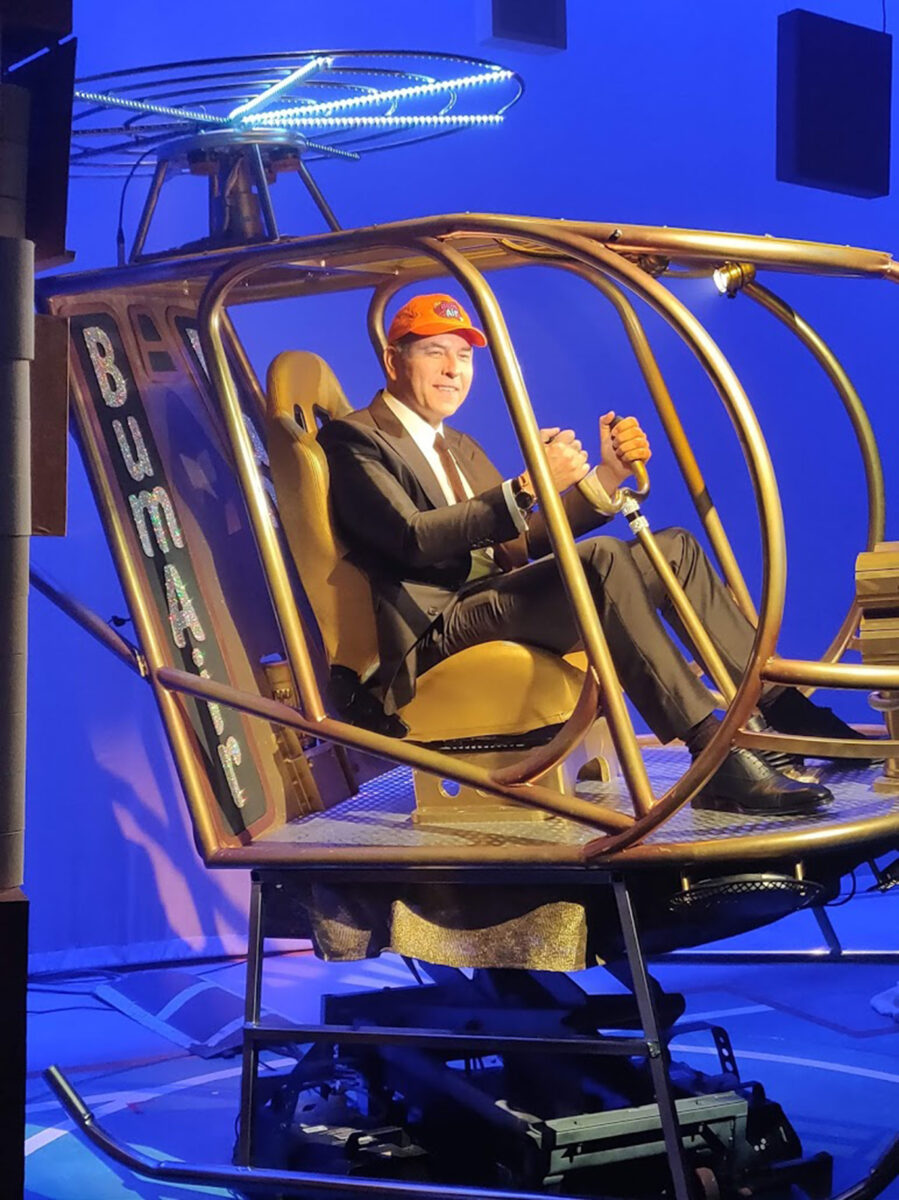 This production was challenging on many levels, how to create a multi location set as well as allowing for a large helicopter in Act I. I look at art and architecture a great deal for my inspiration on all of my designs. Birmingham Stage Company productions have tight restrictions, usually no flying and also limitations on the amount of trailers we can afford for each tour.
The choice to create the set out of loo roll packs was an obvious and fun one. I enjoyed the regularity of them when stacked, the gaps and spaces in between to allow for lighting, the texture of the towers, as well as the possibility of suggesting the various locations and architectural features by using them in different configurations. This led to the decision to set the story inside a warehouse of loo rolls and the possibility of some boxes which could contain surprise elements. From the location came the solution by which to move the set around by using the actors dressed as warehouse workers in their own choreographed sections.
I needed to make each scene as real as possible but to also make it practical, without skimping on production values. I really enjoy creating simple structures which then allow magical surprises within them. I used other warehouse furniture such as board carrier trolleys and cage trucks to create a variety of other locations, from Mrs Trafe’s canteen to the lavatory scene. Raj’s shop was created out of a palette trolley, seemingly stacked with boxes, but which then opens out into the fully dressed shop.
The books by David Walliams allow for a great deal of fun in the design process and an enormous amount of challenges in creating the sets and costumes.