UK tours and West End productions of All The Fun of the Fair, Proof, The Horrible Histories; Treasure Island, Pirate’s in the Caribbean.  Sangre at The Riverside Studios  Qdos Entertainment; all their new productions since 2006. Santa Clause and the Christmas Adventure, Ambassadors Theatre. TVs Misfits, Ellie Goulding on The X-Factor 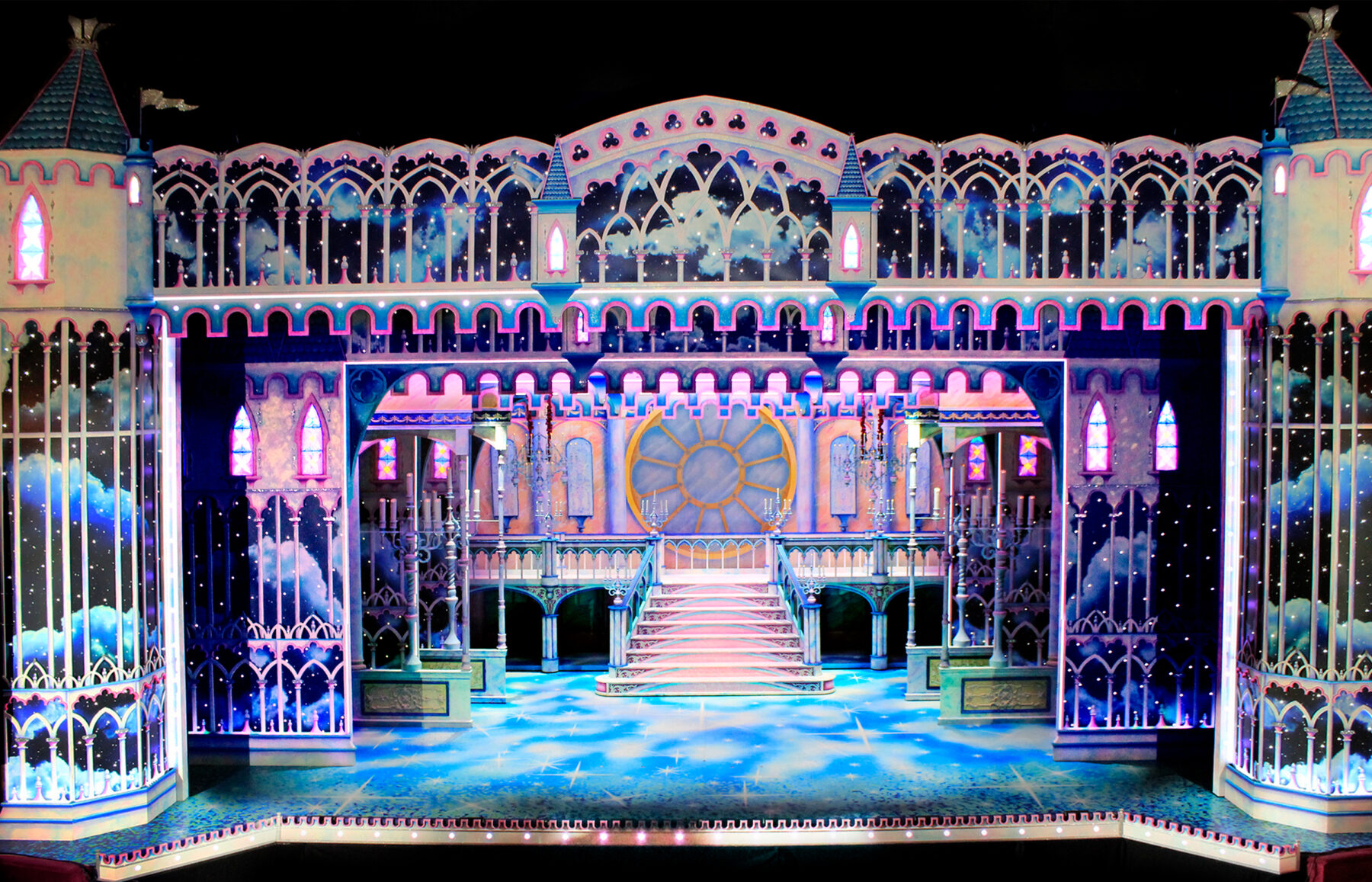 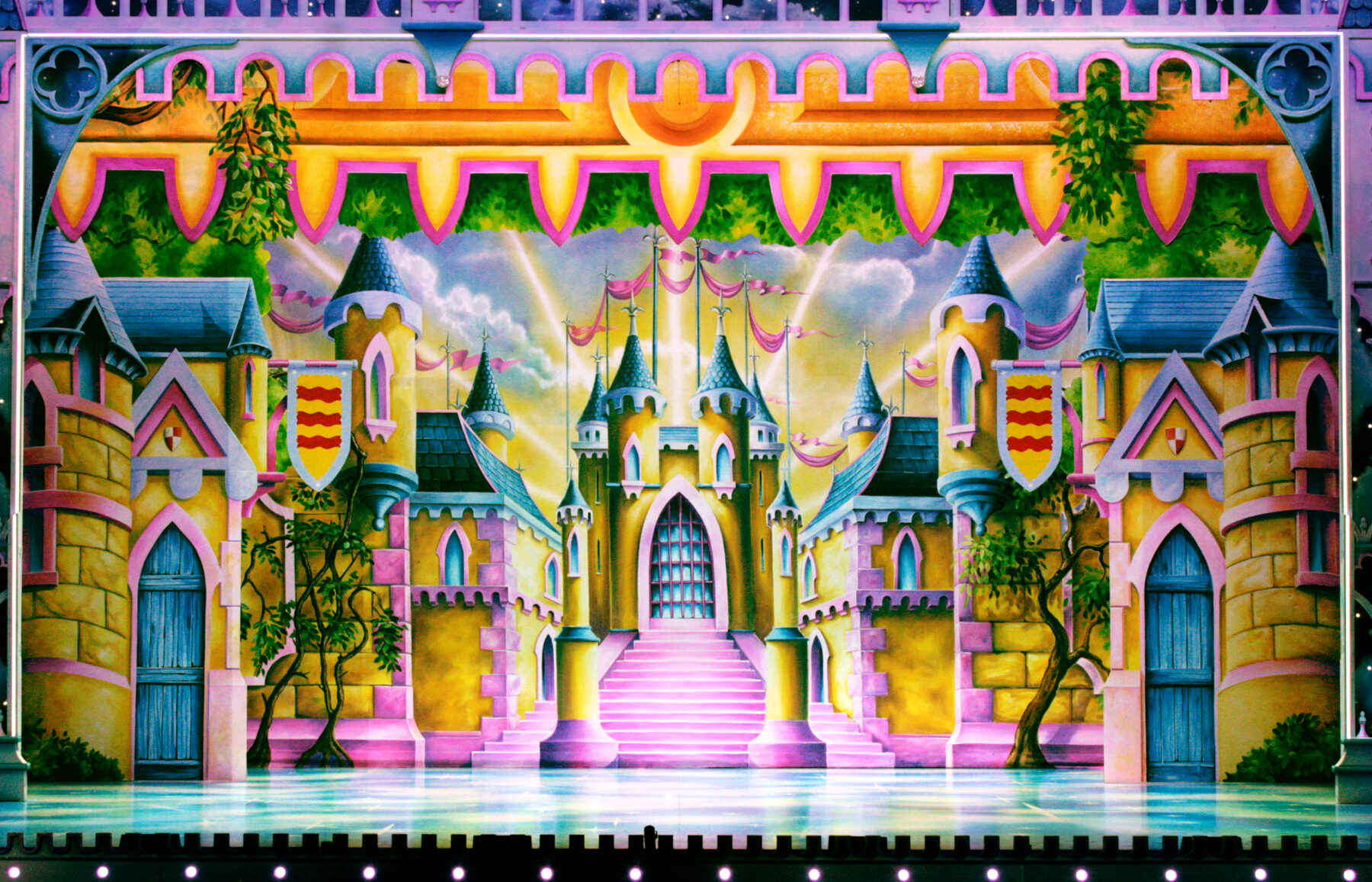 The London Palladium pantomimes were world famous for their big named stars and lavish productions. The Palladium had not seen a Pantomime staged for over thirty years. My brief from Director Michael Harrison was to create a beautiful spectacular show. The scripts and the designs were developed alongside each other, as the cast were booked so the designs changed along with the scripts. We all knew that we had to create the best Christmas show that London had ever seen

Outline designs started in February, and by August we started building & painting which took my team at 3D Creations four and half months to complete. With over 1,500 large costumes and large special flying effects, stage space was at a premium. The show portals were the foundations of the design, they echoed a white fairy tale Victorian Gothic with elements of celestial sky’s.