Holly has worked in Theatre, Film and TV since 2005 when she graduated from the Royal Welsh College of Music and Drama. Theatre credits include Wales Theatre Company, Moving Being, Theatr Iolo, Music Theatre Wales, Wales Millennium Centre, Hamburger Kammerspiele and Burgfestspiele Jagsthausen. In 2011, she co-designed the Transformation and Revelation National Design Exhibition.

For ten years, she has been resident designer for Theatr Pena. As part of her work she designed The Killing of Sister George 2014 for which she was nominated for Best Design and then won Best Design for The Royal Bed in 2016 at the Wales Theatre Awards. 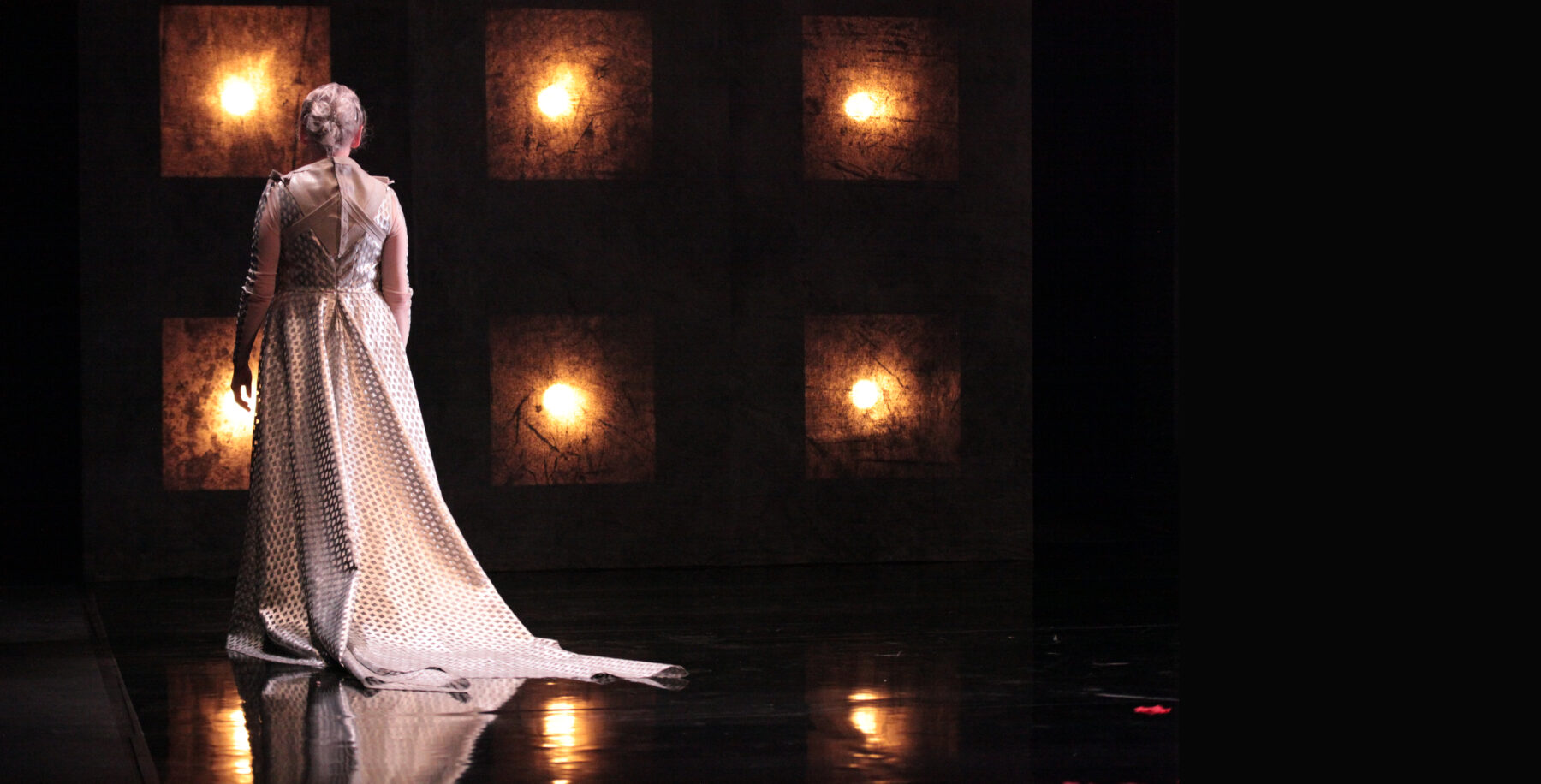 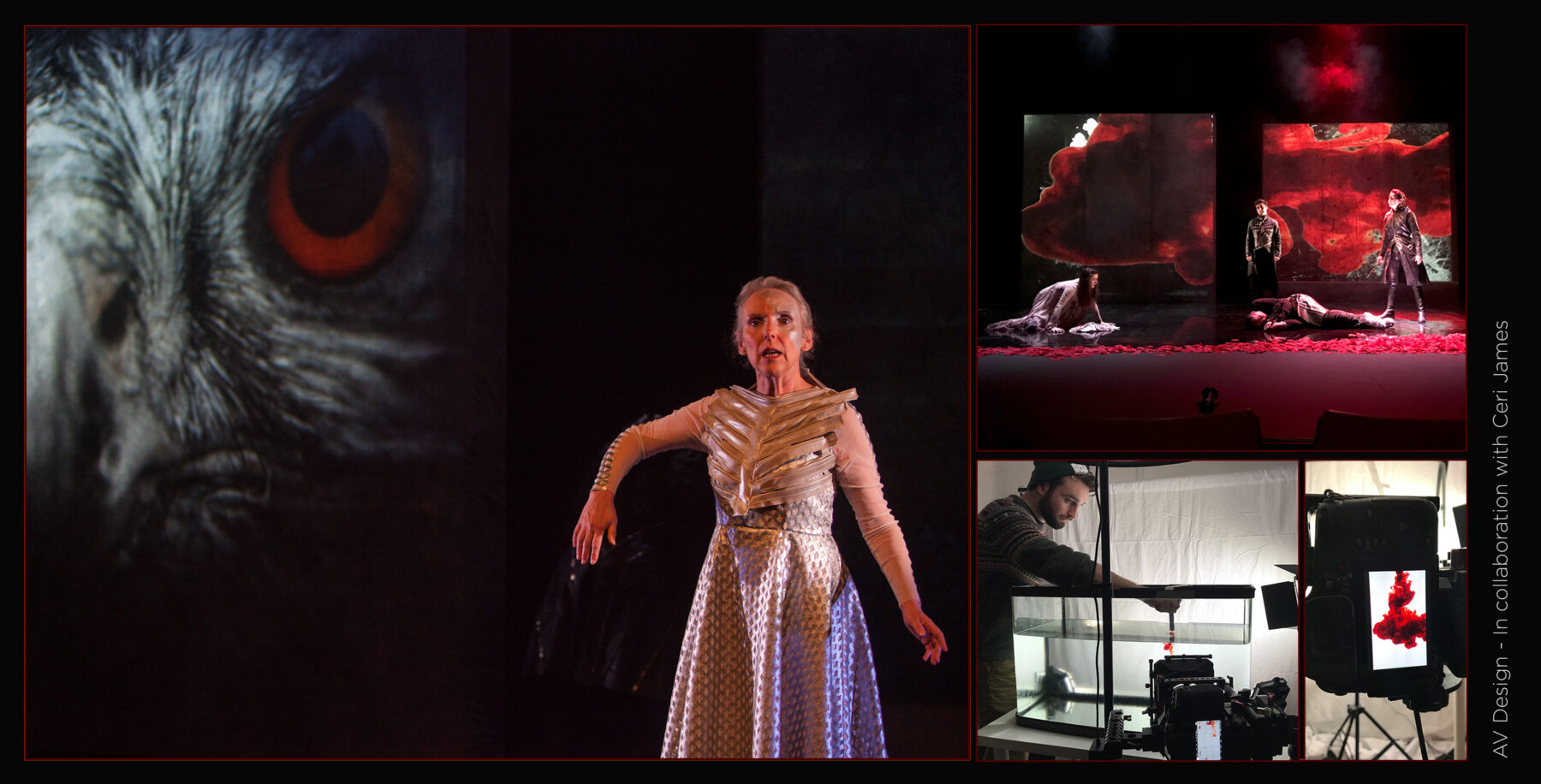 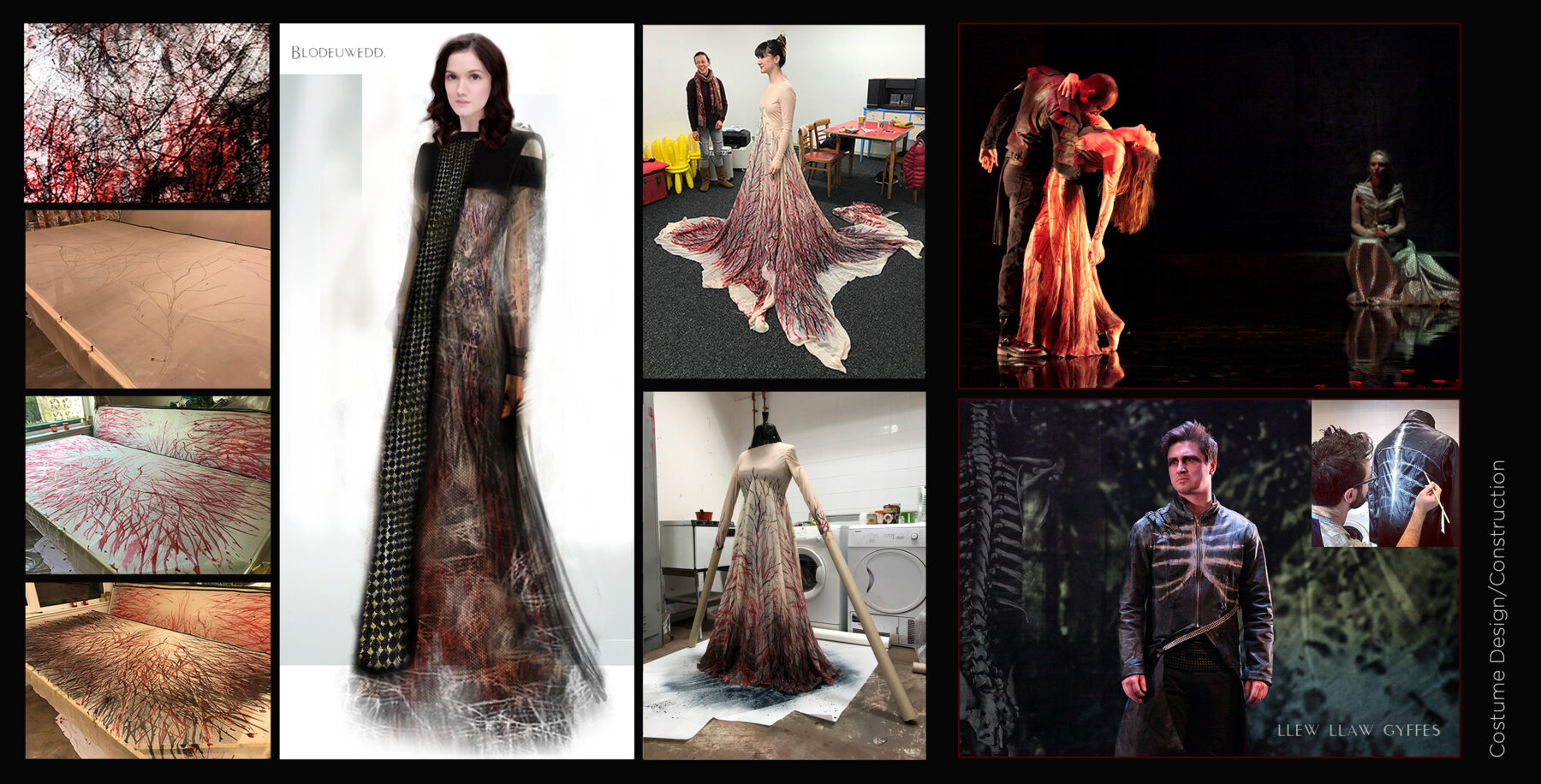 Continually reimagining how we approach design is imperative. This particular process was technically challenging, highly creative and truly collaborative – more so than any I have engaged with as a designer so far. Woman of Flowers is a short but vast drama. It was written for Theatr Pena by Welsh dramatist Siôn Eirian and is an English language reimagining of the ancient Mabinogi myth inspired by Blodeuwedd, Saunders Lewis, 1948.

This was an epic story to tell – especially tricky as it was touring theatre. The concept was initially discussed by Erica Eirian Director and myself before our R&D period. We agreed that we wanted the whole creative team to contribute more equally to the telling of our story – and so we worked, locked in a theatre and immersed in creativity. The results were an evocative and powerful production, where Writing, Direction, AV, Sound, Lighting, Choreography, Set and Costume design were of equal importance.