Hannah is a British-Syrian Theatre Designer based in Yorkshire. Since training at Wimbledon School of Art she has designed over 70 productions across Europe including theatre, film, music videos and installations.

Hannah is particularly interested in designing space for devised, playful and interactive performances. She is a keen collaborator with directors, writers and performers to create designs that serve the very heart of a story. 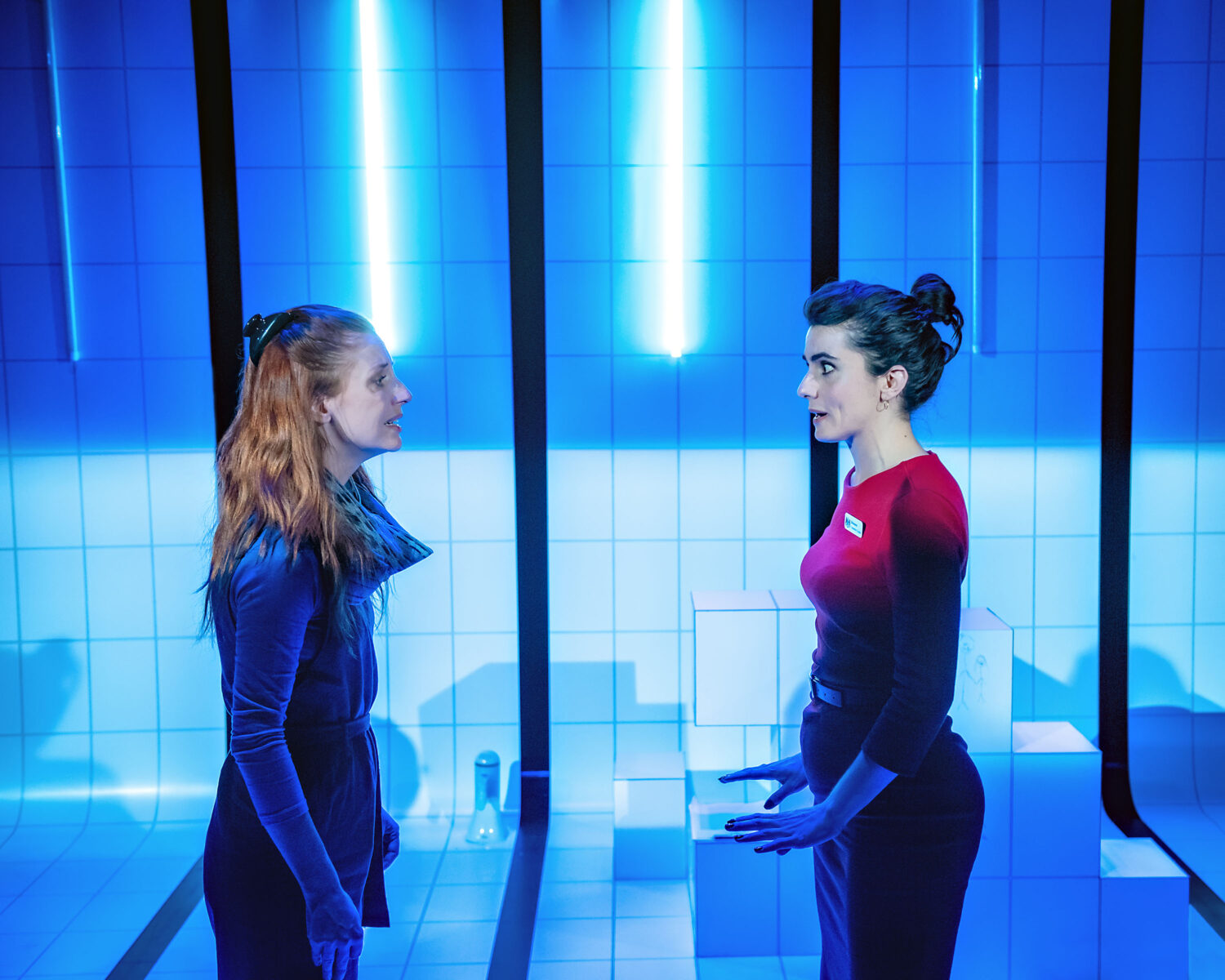 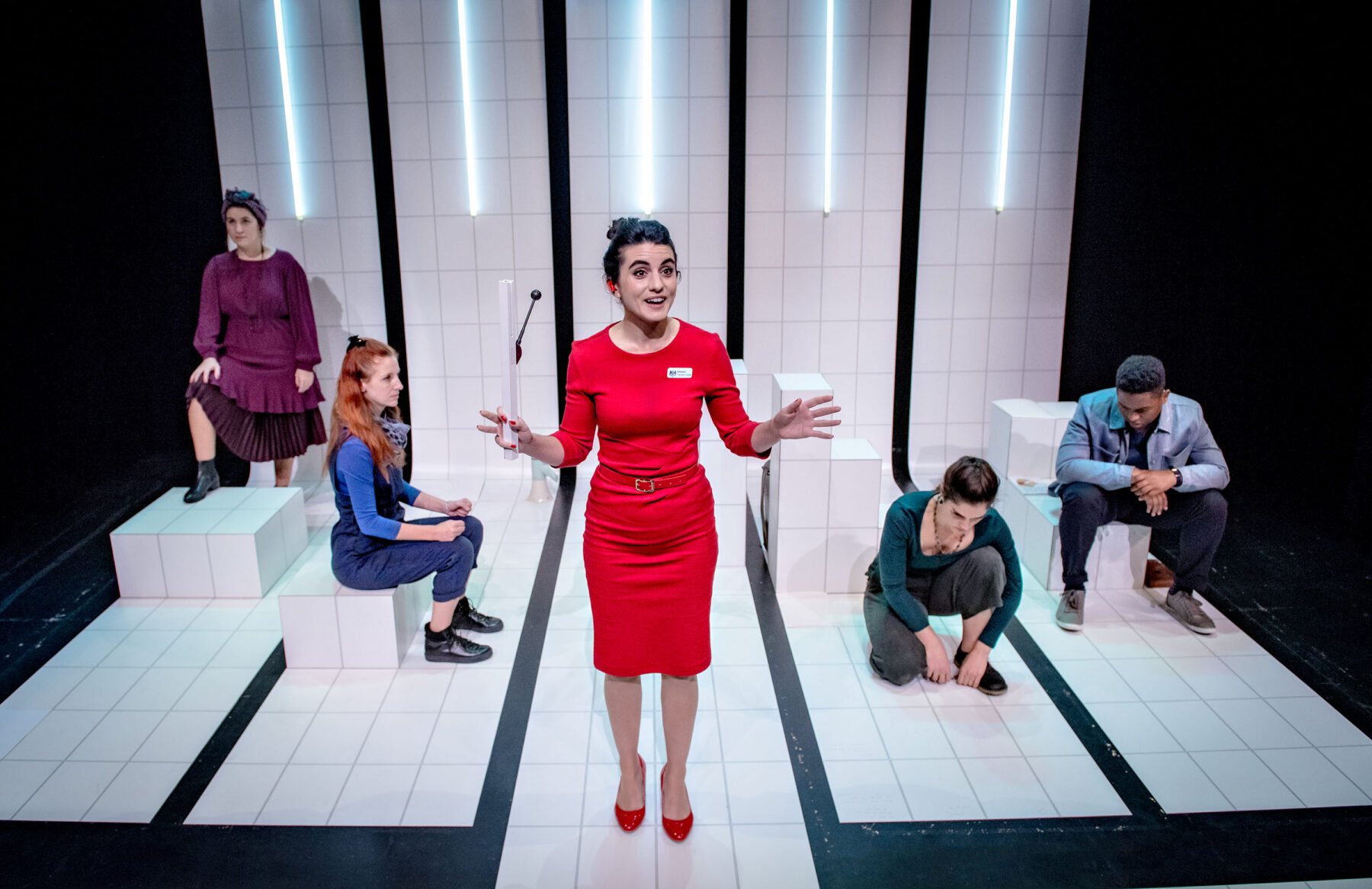 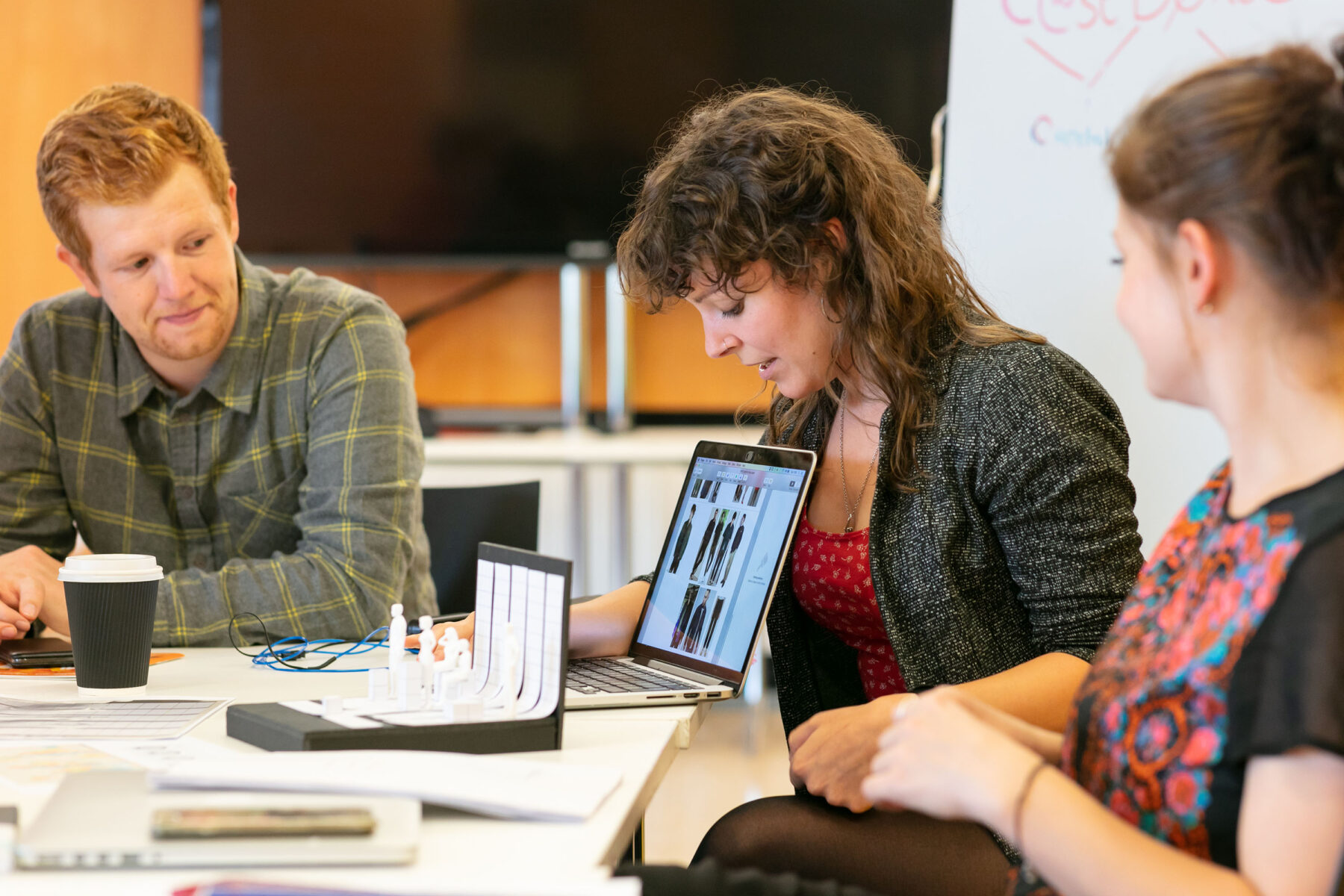 I worked with UK’s first Theatre Company of Sanctuary, Stand and Be Counted to create a wild and vivid vision of the future, combining storytelling, movement and live music. Five international performers challenged existing notions of ‘home’ in this multilingual celebration of personal identity, exploring the idea of what would happen if each of us were sent back to where we were born.

The design emerged as the script was being finalised. We wanted to create a world that represented being trapped in the system of bureaucracy, an imposing and oppressive space. The idea of the grid in the design was based on tiled white A4 pages that stretched into infinity curves, as if the paperwork was spreading out endlessly ahead of them. Each character had their own slice of the performance space, their stories overlapping but rarely meeting. The fluorescent tubes glowed a sickly green hue when that character was active. We chose not have any naturalistic furniture in the space, blocks made of the same grid surface became abstract platforms or seats. White pieces of paper and folders were hidden amongst the grid work and other than small props the only human elements were within the costumes. I used plain blocks of colours and textures with a utilitarian edge in the designs, but added enough details to create a strong juxtaposition with the stark graphic set.