Born in Cyprus he studied Interior Design at Kingston University and Stage and Costume Design at Motley Theatre Design in London. He now lives in France.

He has taken part in the Prague Quadrennial Theatre exhibition in 2007 and the exhibition Collaborators at the Vicoria and Albert Museum in London. In 2010 he had a solo exhibition, Le fil D’Arianne, as part of the Festival du Conte in Uzes, France. 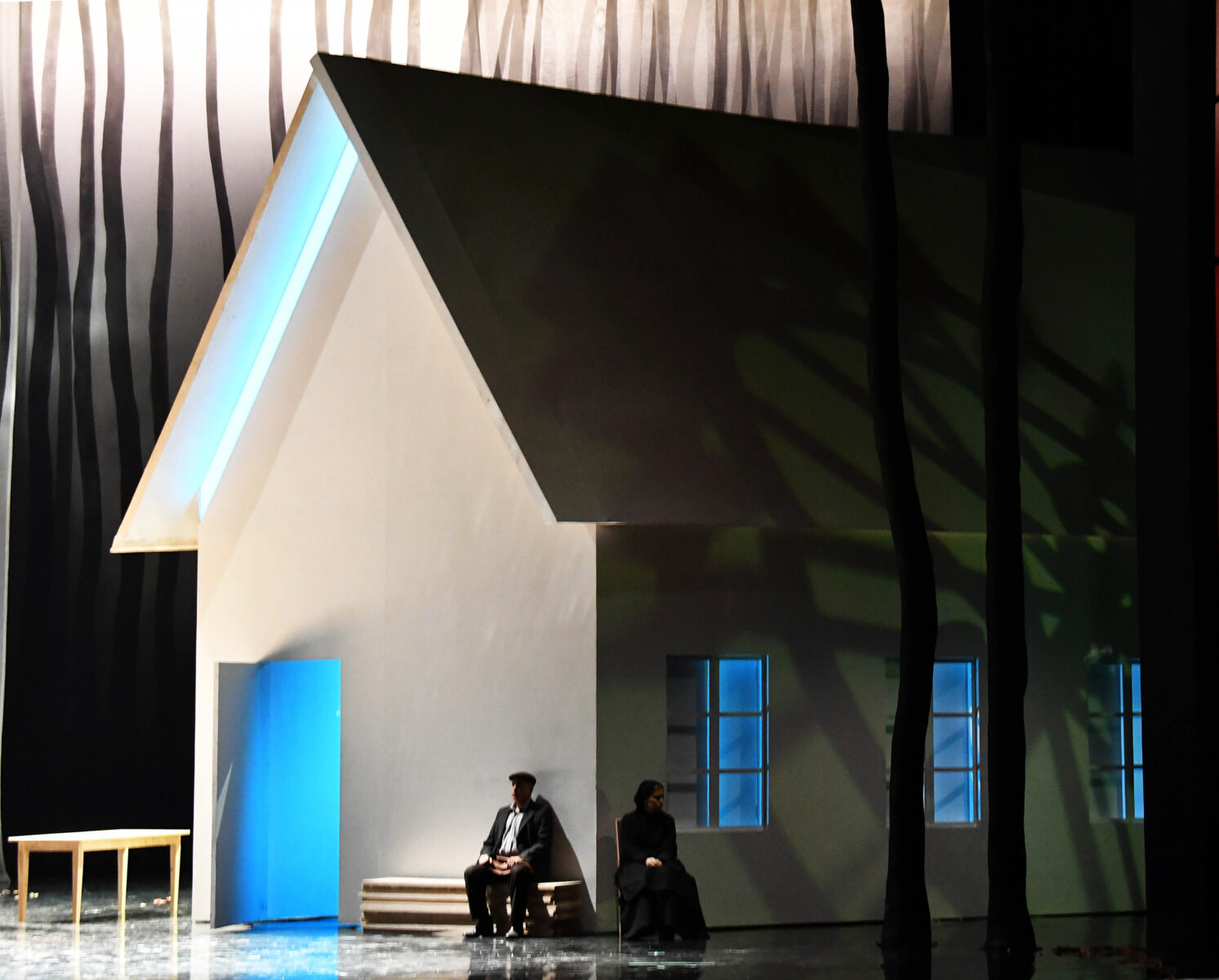 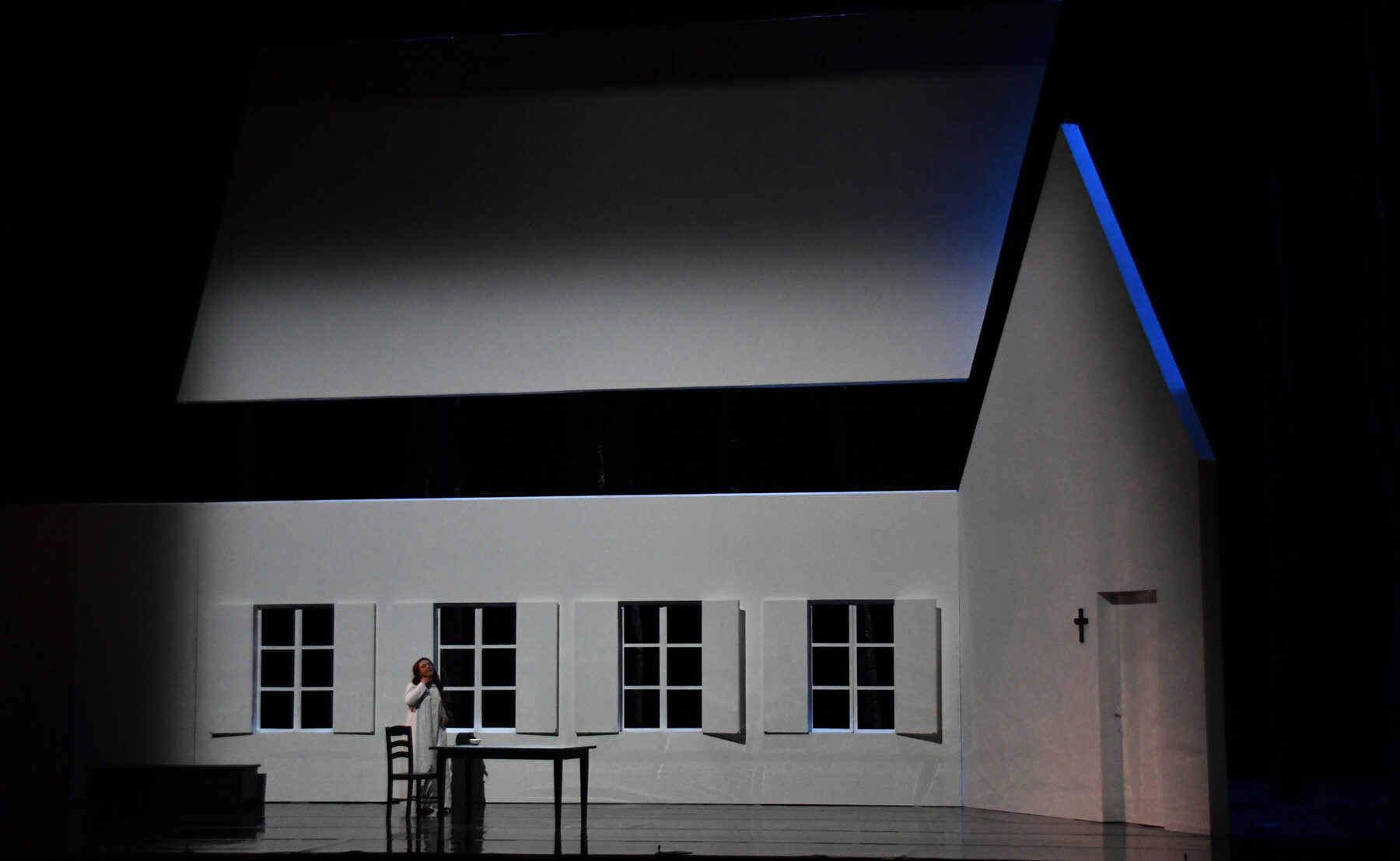 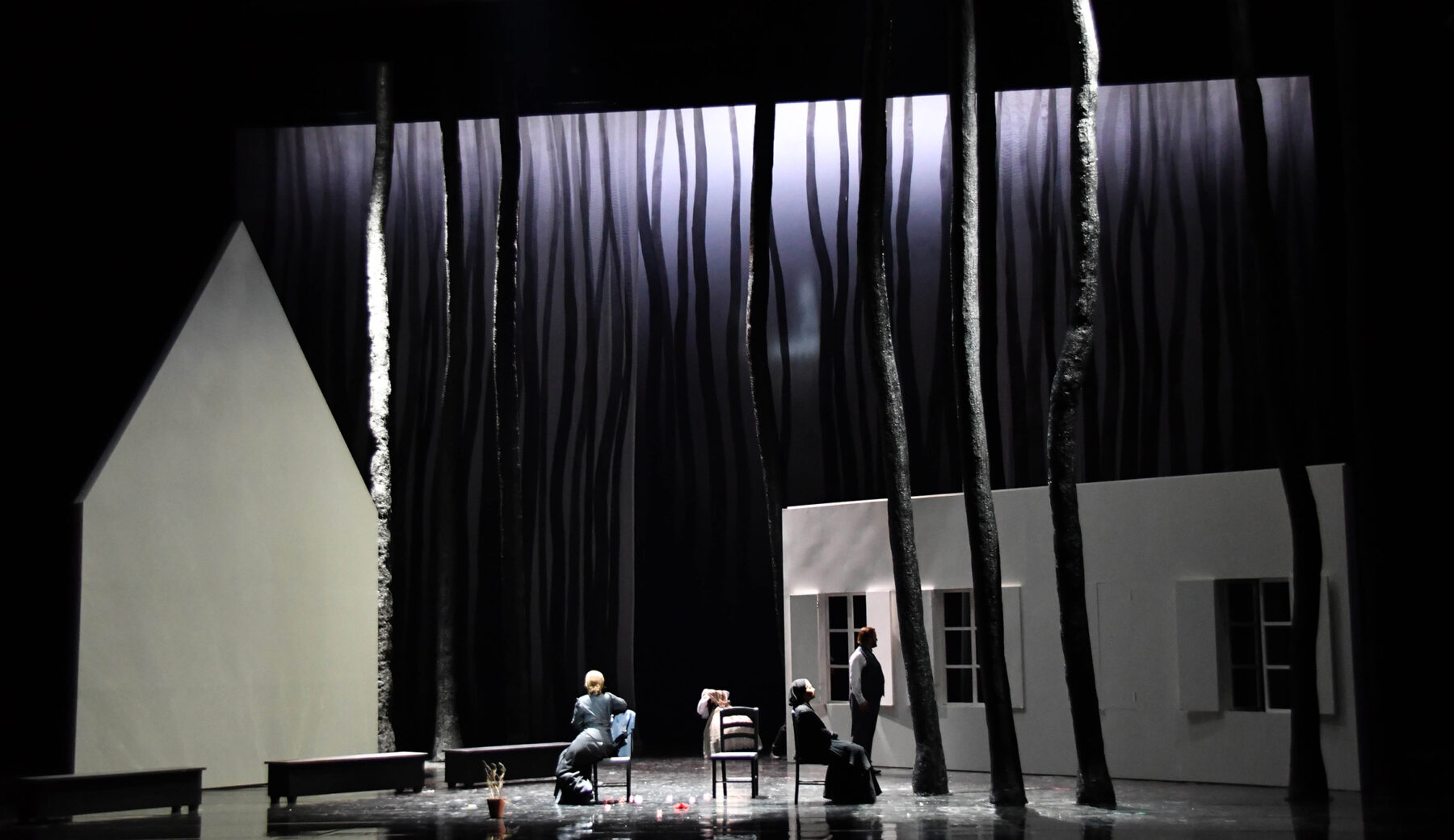 We created an image of Kostelnička’s house surrounded by nature, trees that are ever present and overpowering and just offstage a video of the mill’s shadow turning, projected on the side of the house. In Act II we are inside the house and offstage is Jenufa’s room, the doorway casting shadows on the wall when she comes into the room. During the Act when Jenufa sings about the darkness outside and the stars the roof flies out very slowly to reveal the forest beyond and the stars. In Act III the trees are now in the house and by the end of the act the house splits up and we are left with the forest as the main element on stage.