E. Mallin Parry is a designer of sets and costumes for theatre, opera and live art, and a cross-disciplinary performance-maker with a background in devised work. 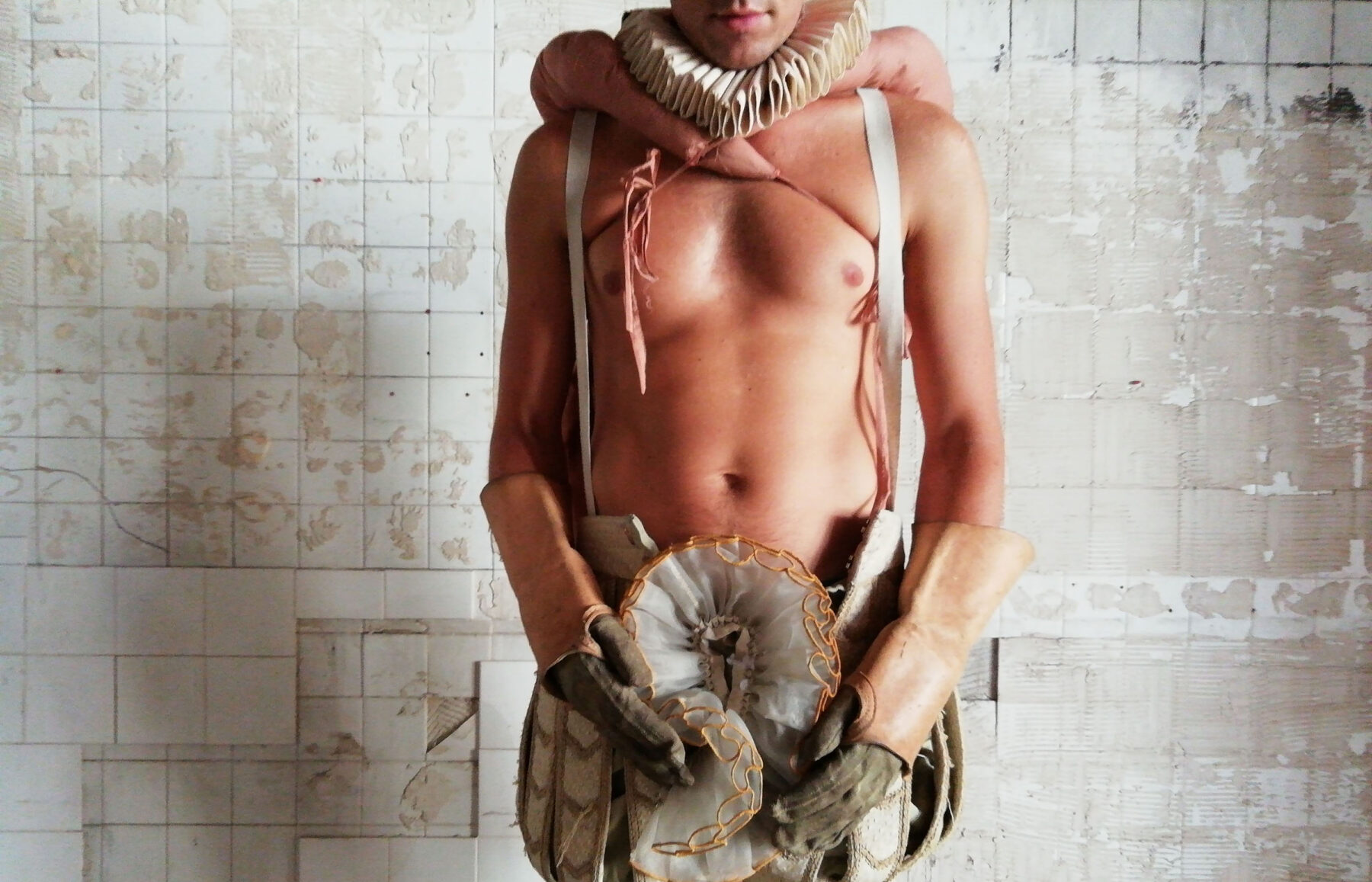 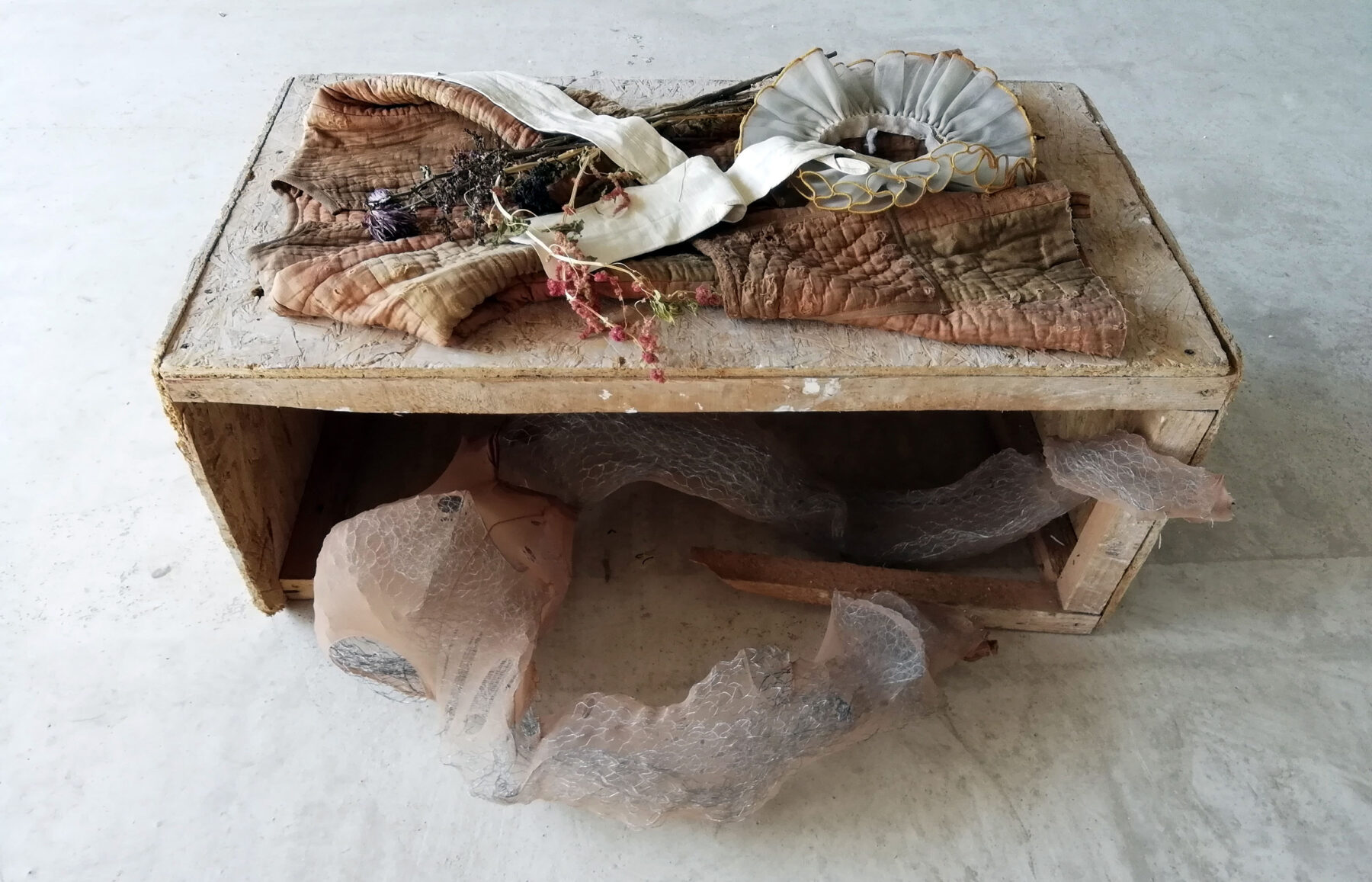 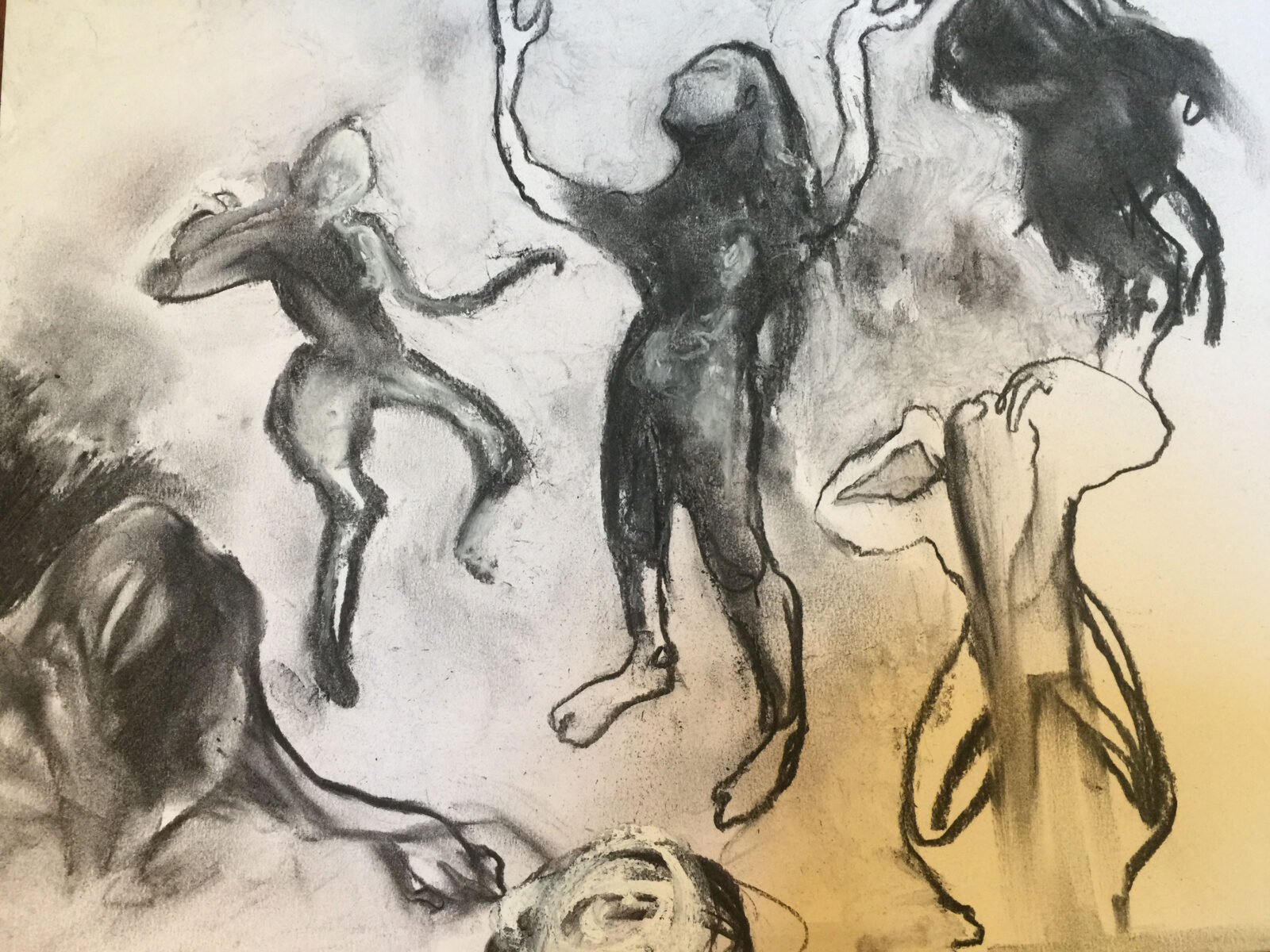 R&D workshops and rehearsals involved the acting ensemble and creative team exploring the sculptural qualities of costume, the prosthetic gender construction of Early Modern clothing and identity, and the haptic, kinesthetic knowledge available from costume. Observational exercises such as drawing were included alongside movement work.

Putting stories and bodies on a public stage, and choosing how to frame, contextualise, dress and present those bodies, those stories – this is inescapably political, and I think as designers we need to be constantly aware of that responsibility – mindful, listening, communicating with our collaborators and educating ourselves.