Liz has designed over twenty productions at Theatre by the Lake, Cumbria, where some of her favourite projects have included Wallflowering, Kiss of the Spiderwoman, The Birthday Party, The Glass Menagerie, Vincent in Brixton, Suddenly Last Summer, The Lady of the Lake, The Vertical Hour and Elektra.

Liz’s other designs include Herding Cats (Hope Mill Theatre for Play With Fire); The Blue Room, Blithe Spirit, Picnic and Barnbow Canaries (HOME for Manchester School of Theatre); Master of the Macabre (The Vaults, Waterloo); The Wonderful Wizard of Oz (Octagon Theatre; Bolton and Hull Truck Theatre); Queen of the North and Peter Pan (Octagon Theatre, Bolton) and When The Waters Recede, a site-specific production on Derwent Island, Keswick.

She studied at Leeds University, Bristol Old Vic Theatre School and has a PhD on the oral history of Theatre Design from Wimbledon College of Art.

WHEN THE WATERS RECEDE 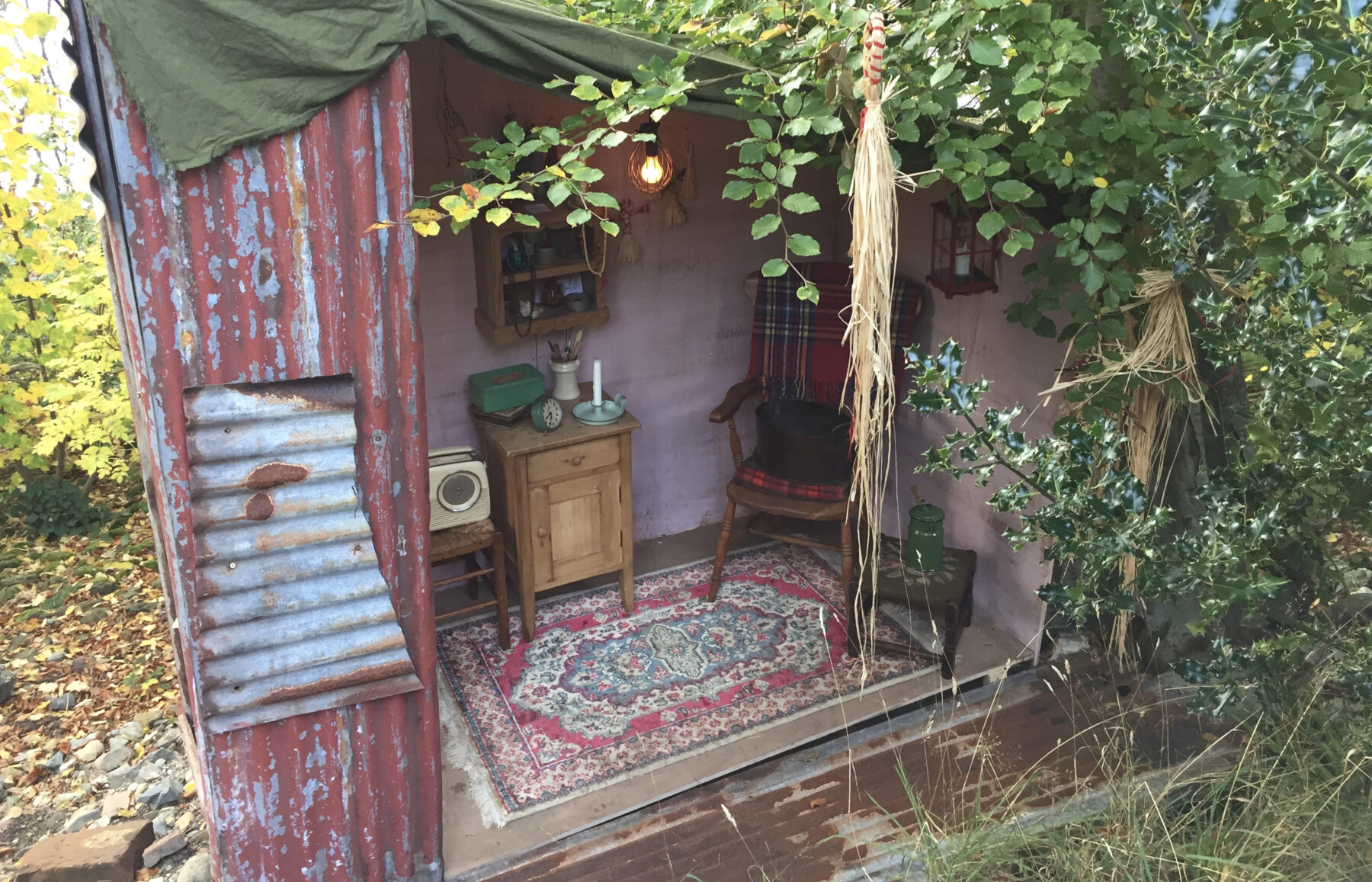 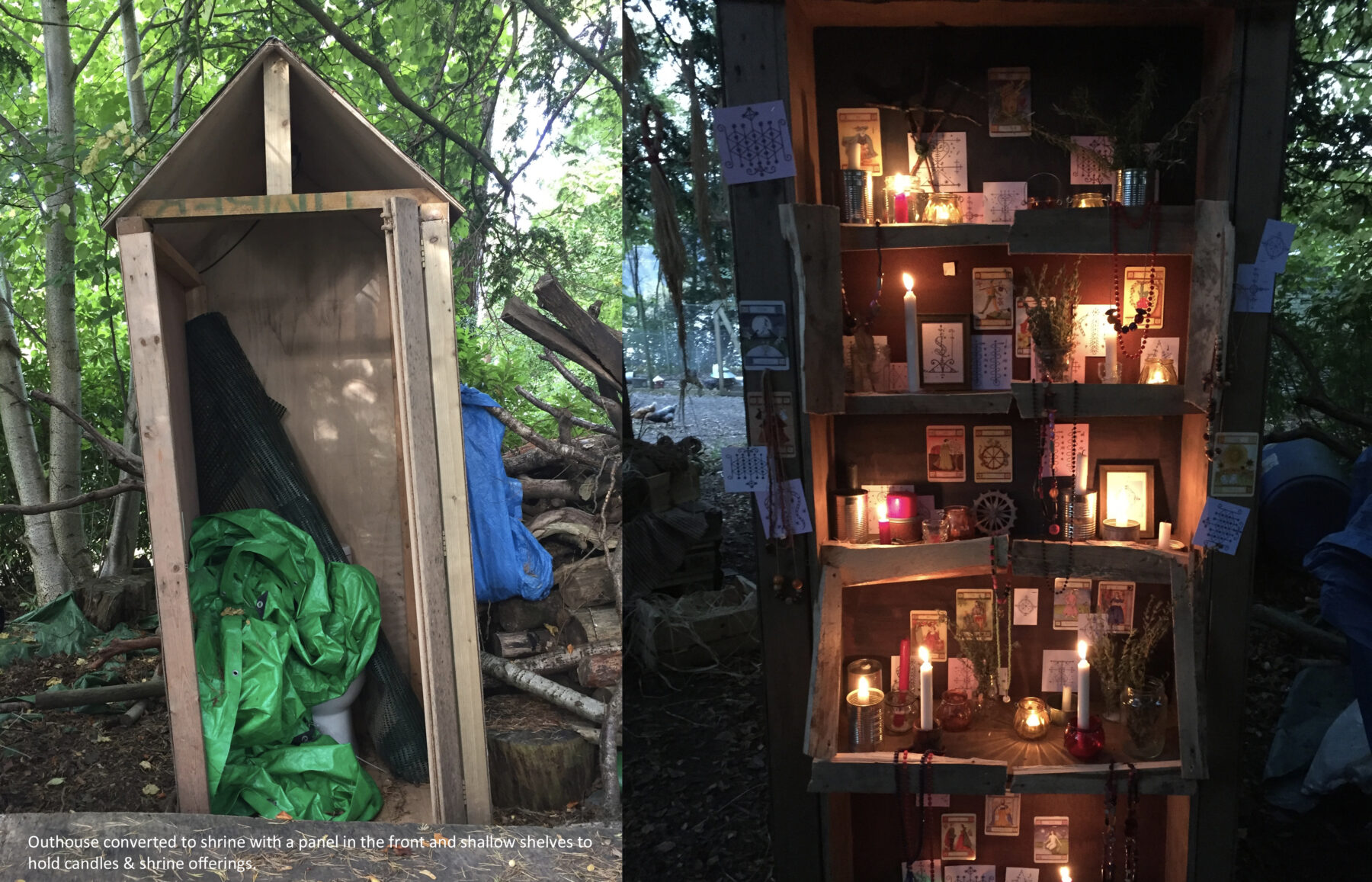 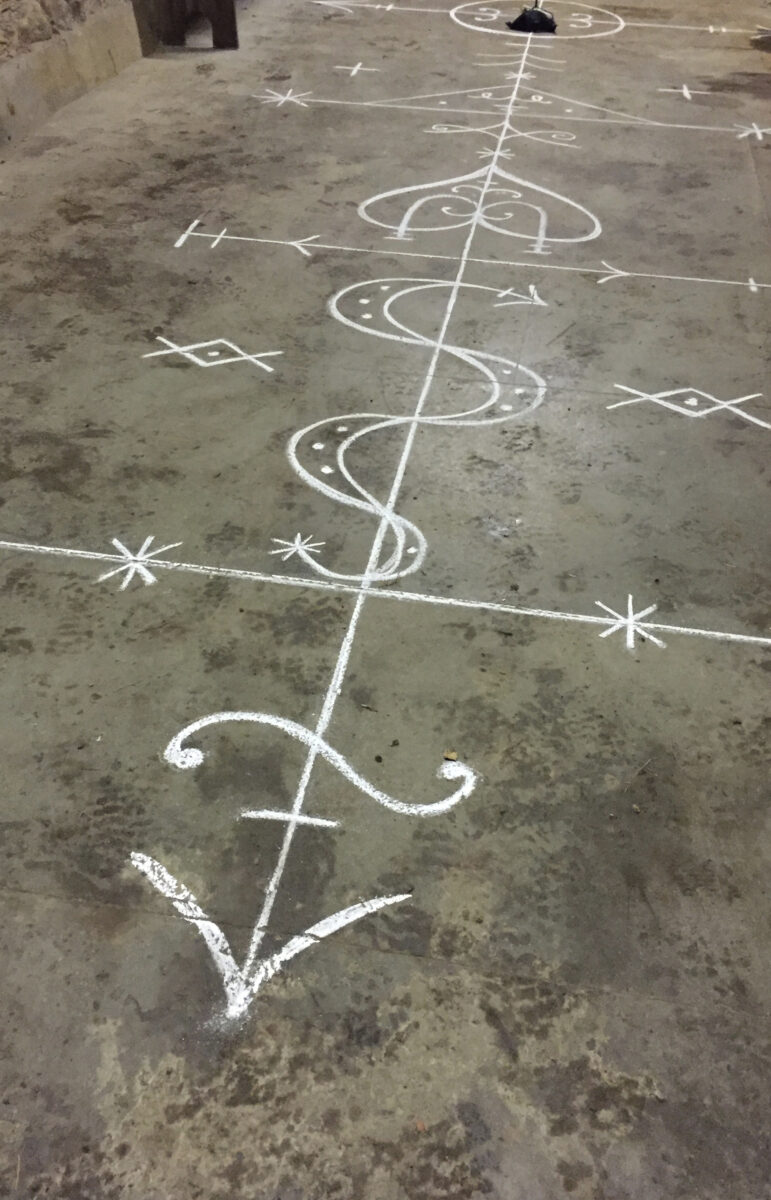 This was a site-specific performance, staged on Derwent Island, Cumbria, where an 18th century National Trust property is open to the public for only five days per year. Audiences arrived at the island by boat and took a journey across woodland and lakeshore terrain eventually entering the house. Along the route they encountered different characters and situations, heard stories and witnessed events that gradually built the narrative of a fictional island community from a past time and place.

The design made use of existing geographical and architectural features, changing or adding to these to create new spaces such as a village marketplace in a woodland clearing, a cosy dwelling in a dip in the land, and a sinister laboratory inside the vaulted basements.

The island’s existing resources were used where possible, including wooden palettes and corrugated iron for construction, and a wooden outhouse (toilet) made into a folk shrine.