Dick Bird studied at Goldsmiths’ College, twice. After years working as a director, then a carpenter he began designing with Primitive Science in 1998. Since then he has worked in theatre, opera and ballet, most recently Otello at the Vienna Staatsoper, Birmingham Royal Ballet’s Nutcracker at the Royal Albert Hall, and Hamlet at the Comedie Francaise. In 2015 he designed sets for Kate Bush’s Before the Dawn concerts, and in 2018 for Sa Ding Ding’s Wo De Xiao Huo Bun in Xi’an. He is optimistic that Don Giovanni will open at the Greek National Opera in December 2020. 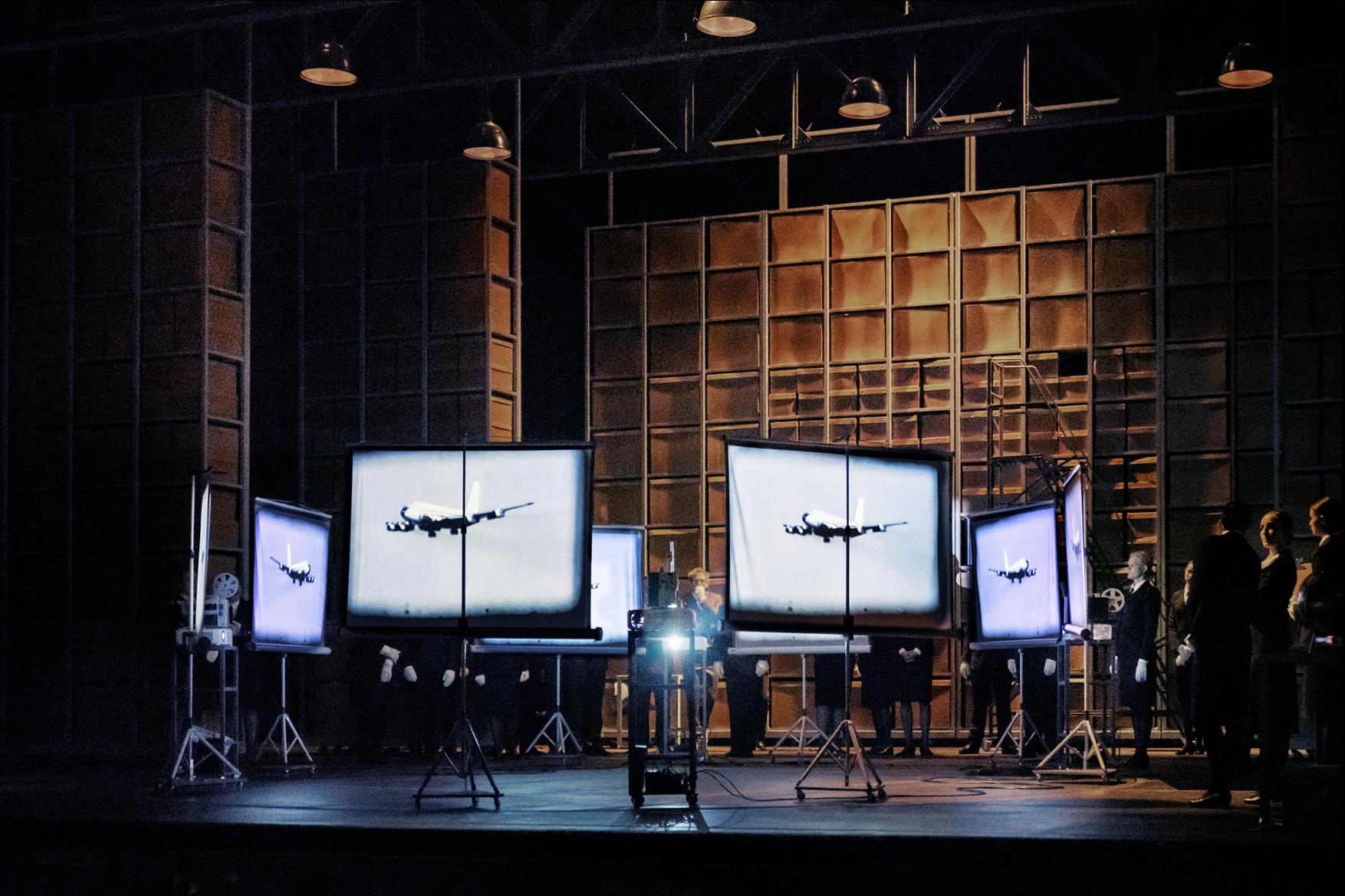 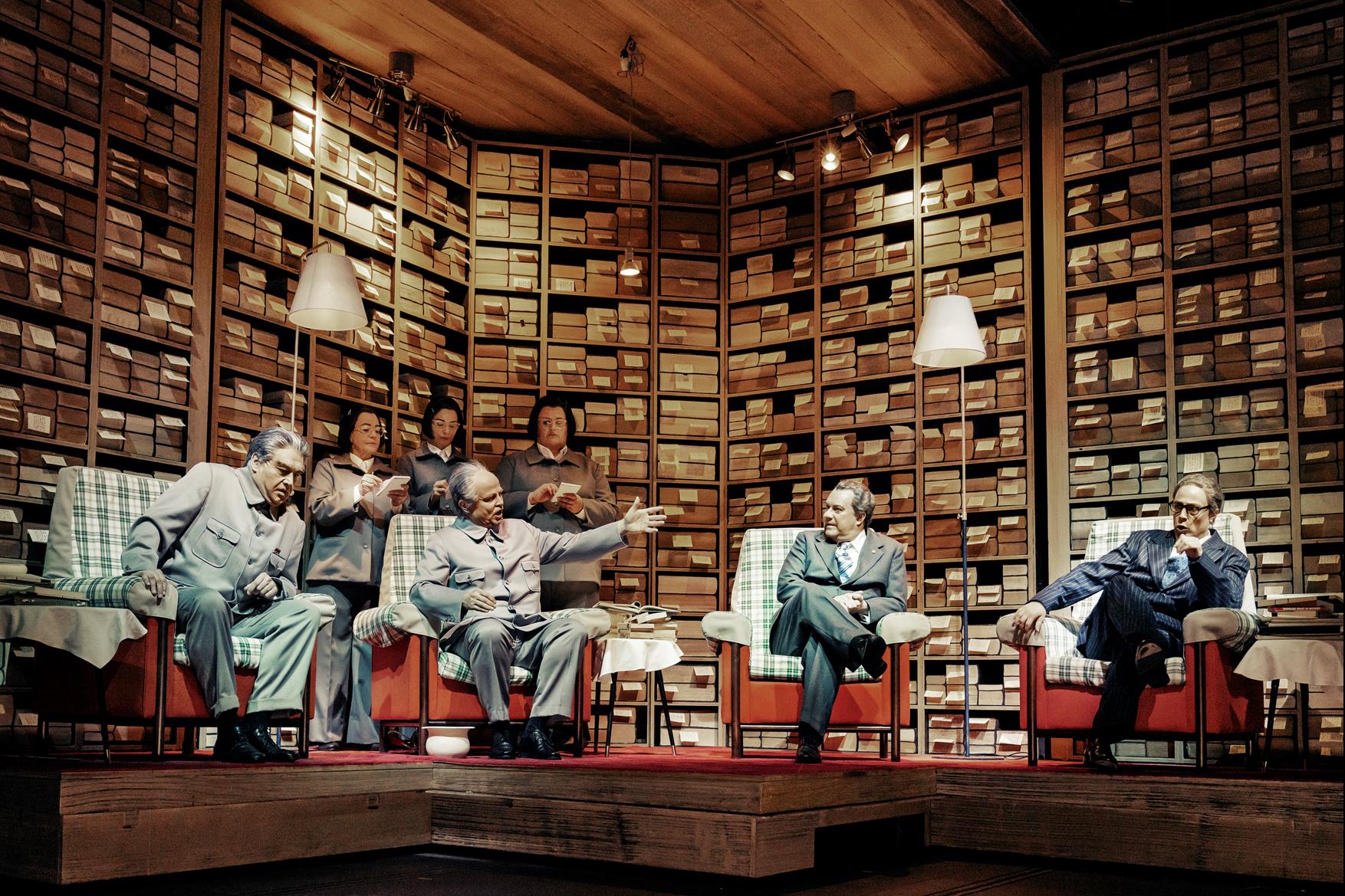 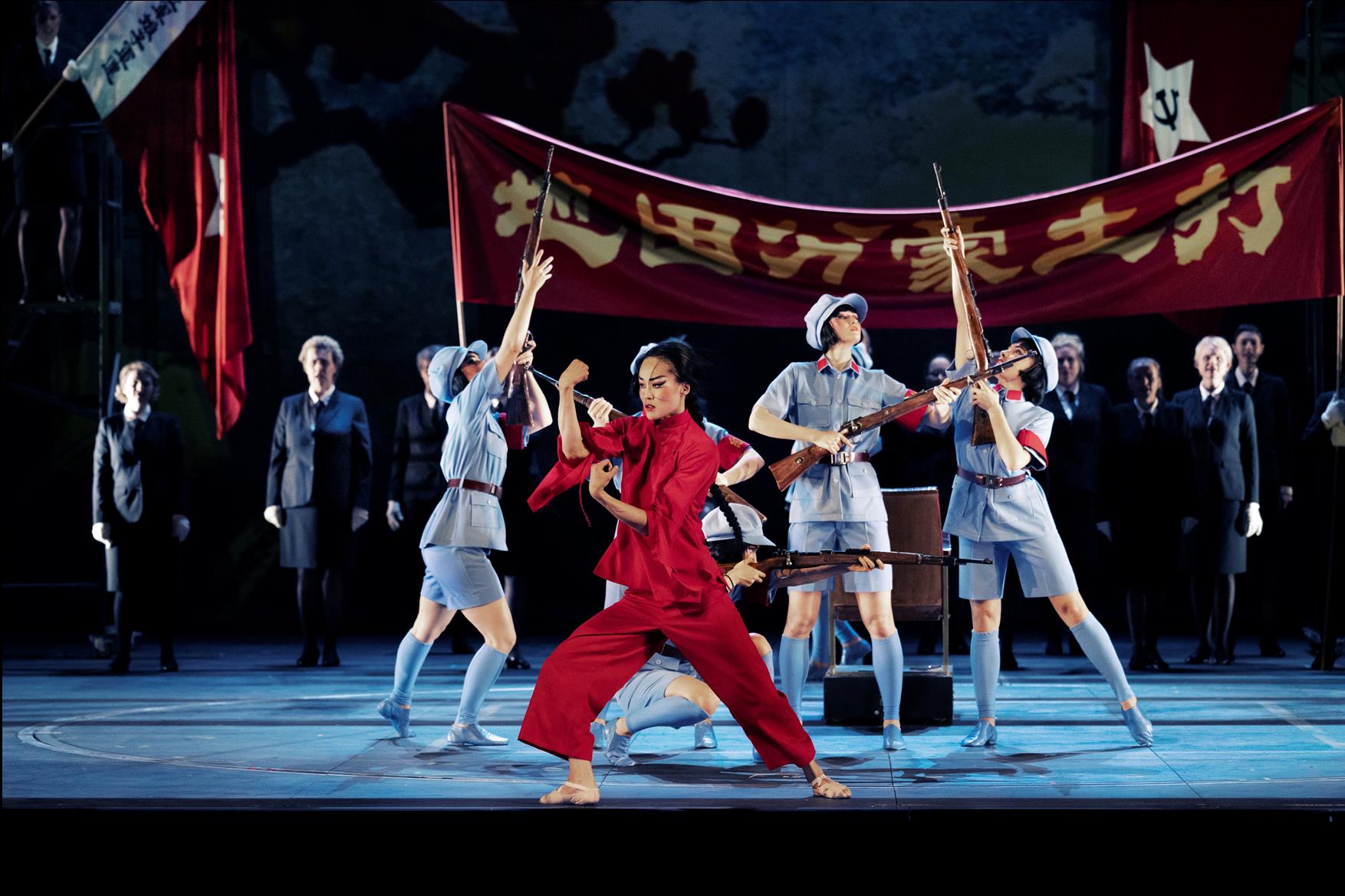 John Adams’ opera deals with the six days of Nixon’s extraordinary visit to China in 1972. Understanding that the events of this visit and it’s political context would no longer be as fresh in an audience’s mind as when the opera premiered in 1987, we set the piece in a vast archive where objects and sets came out of boxes to be examined by a chorus of political historians.
Using live video to examine evidence microscopically, and contemporary amateur footage from the Richard Nixon Memorial Library we were able to widen the scope of the operatic events. The iconic arrival of the Presidential plane in Beijing was achieved by setting up eight portable projection screens and eight Super 8 projectors on the central revolve, then spinning them in time to the tumultuous music, as the projectors screened shaky archive footage of the plane landing, in a sort of operatic zoetrope.