At WSD2013 in Cardiff he was awarded bronze for ‘exceptional achievement across all categories’. At WSD2017 in Taipei his designs for Orphée et Eurydice received the bronze award for ‘Performance Design’. At the 2018 Naledi Theatre Awards in South Africa he was awarded ‘Best Set Design’ for West Side Story. 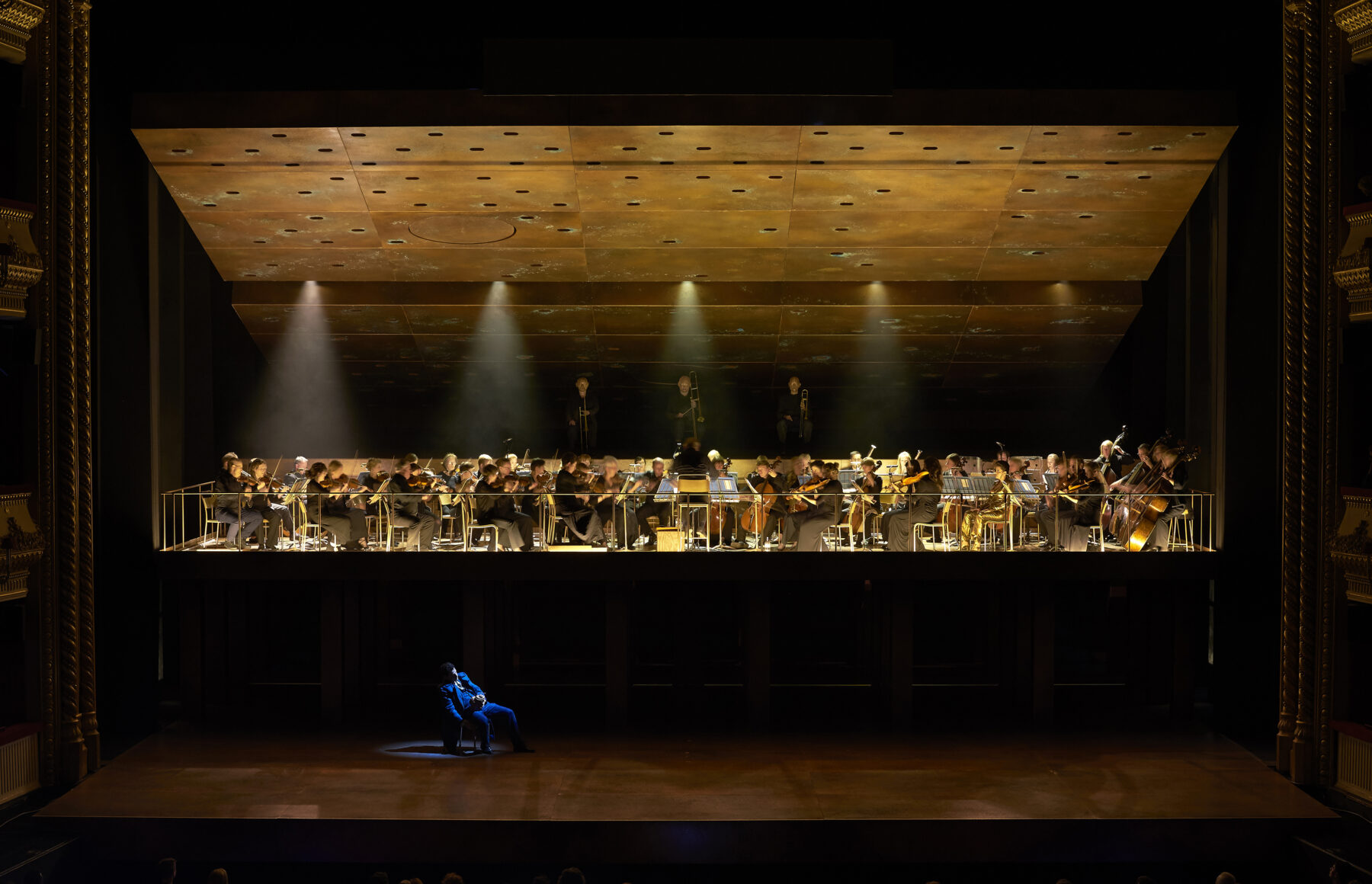 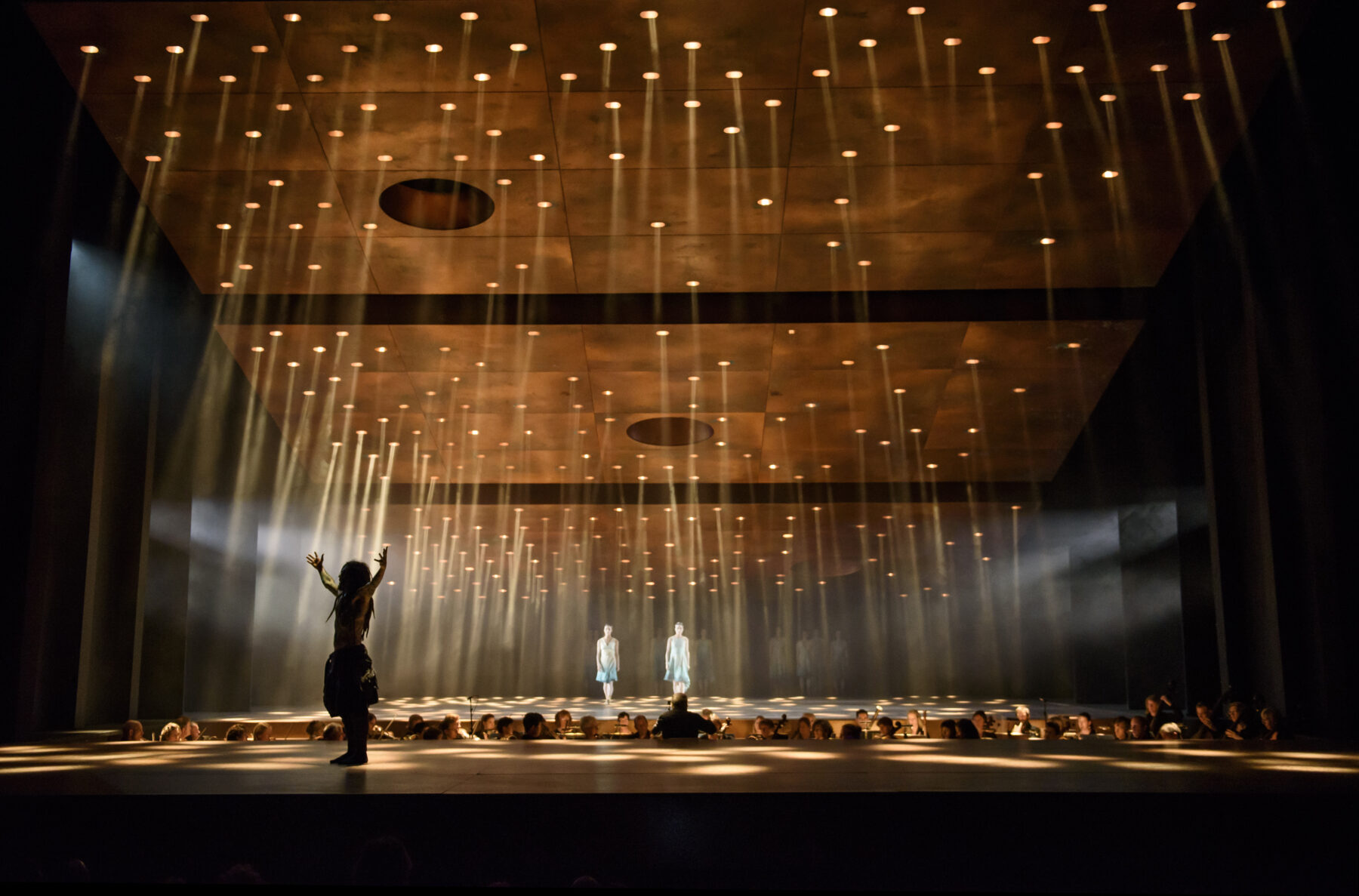 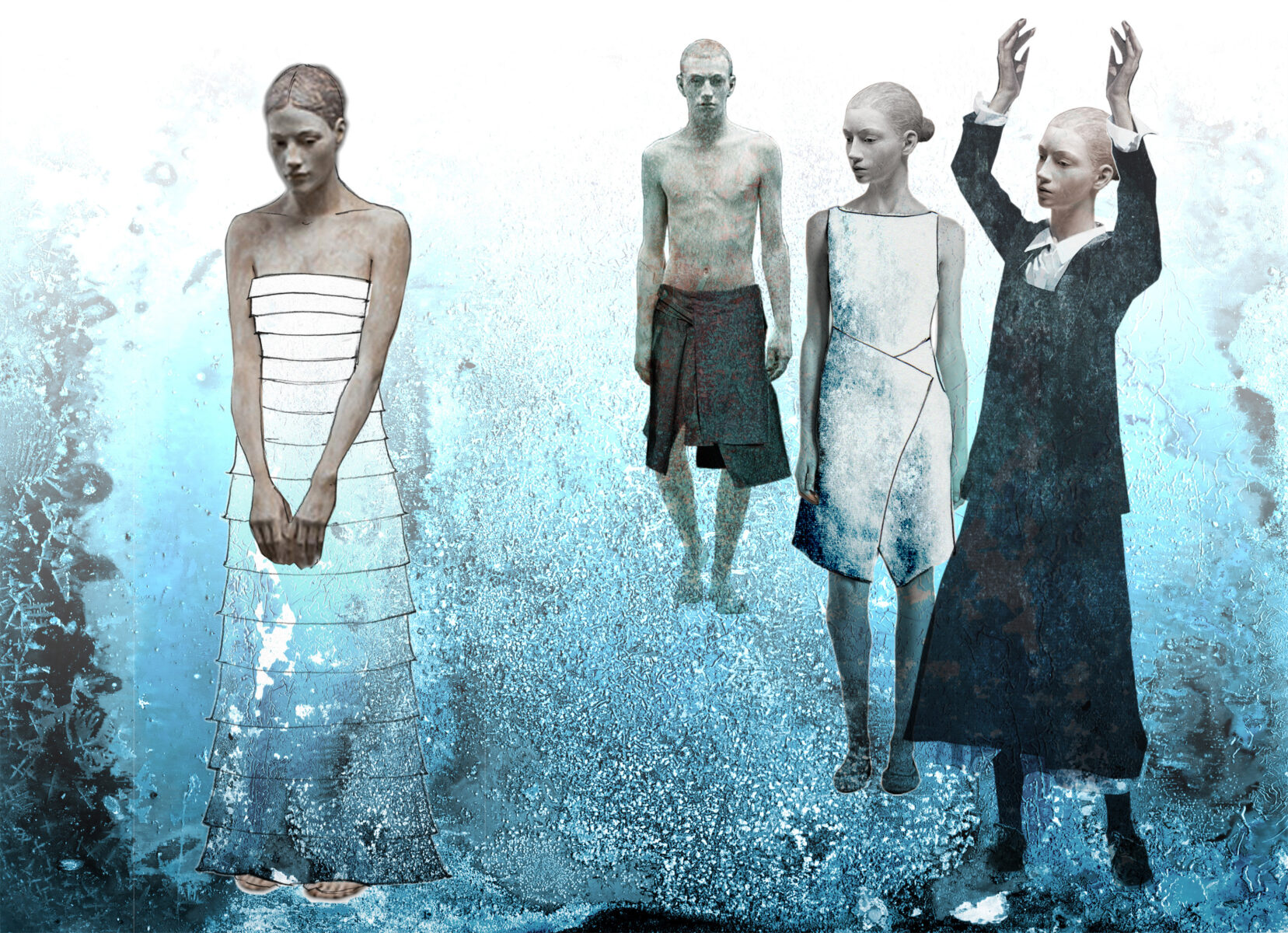 The design for Orphée et Eurydice is centred on music, space and light. With the co-directors and conductor, we discussed the orchestra being onstage so that the music could literally drive the action.

Orphée channels his grief through music and Gluck uses the chorus, dancers and musicians to propel the story forward. The orchestra were placed on a platform which either rose above the action or descended to from a pit onstage and we extended the stage by building over the original orchestra pit. Transformation from a world of shadows to a place of shimmering light in the Elysian fields was achieved using three copper ceiling pieces which could be raised, lowered or angled. They also functioned as acoustic panels and were fitted with hundreds of lamps so that we could fill the stage with curtains of light. Costumes were either black, yellow or blue-green and used a combination of digital and hand painting techniques.