Charlotte is a South West based designer, originally from Dorset and now living in Bath. She graduated from Bristol Old Vic Theatre School in 2017 with an MA in Theatre Design. At BOVTS she designed Our Town, I Am the Wind and costumes for 13.

Previously working as a Goldsmith, she made the transition after spending time designing small scale shows, making and painting sets, costumes, props and puppets.

Charlotte considers herself a designer and a maker, and is keen to nurture these skills continuing to make set pieces, props and jewellery as well as develop as a designer. 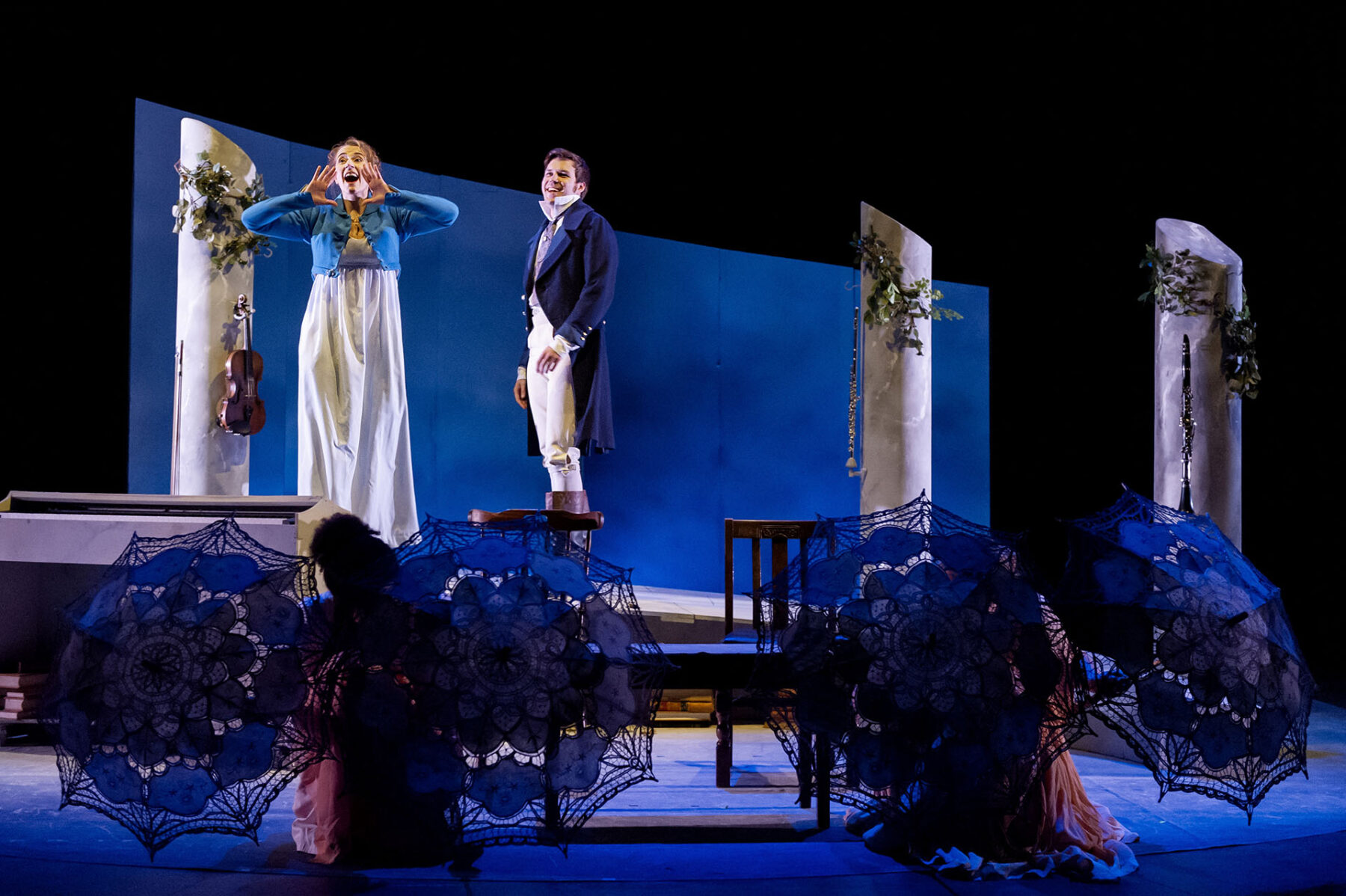 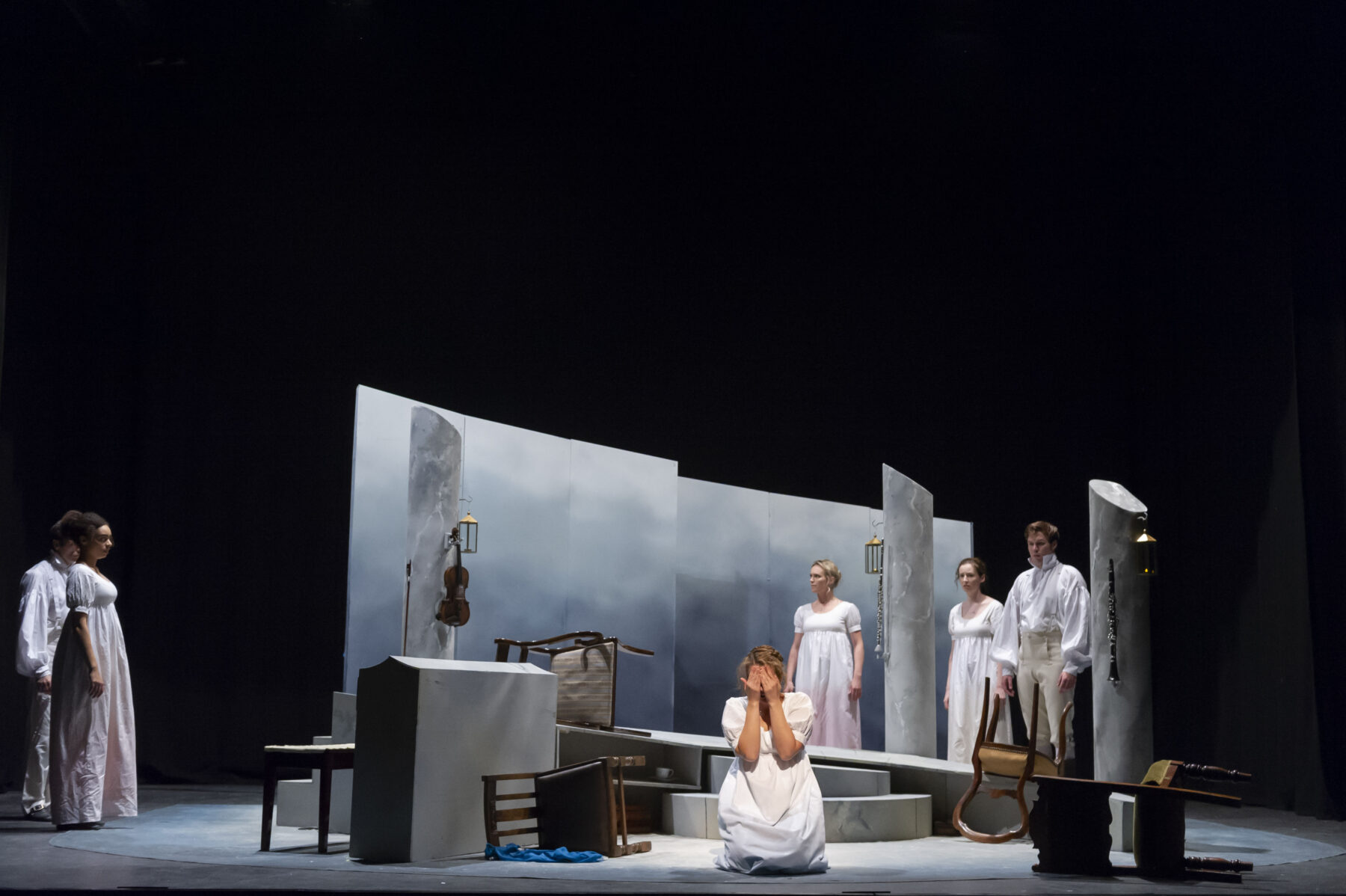 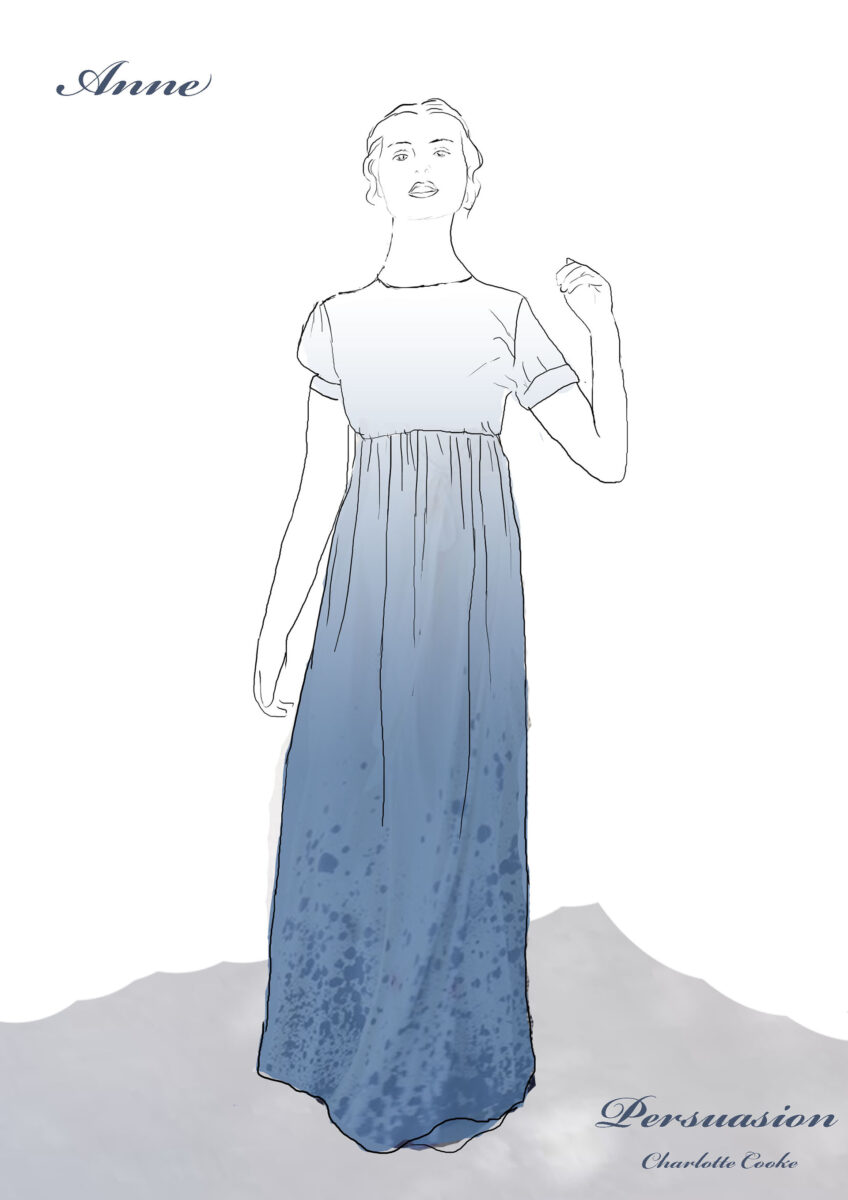 This new adaptation of the classic Regency story was contemporary and accessible. My design had a timeless feel, with nods to Grecian pillars and marble paint effects, but with a modern bold wave set piece curling away from the floor towards the piano. This represented Anne’s strong connections with her past and her love. The musical elements, which were all played live by the five actor/musicians, were integral to this show and I wanted to reflect this in the design by making them part of the set.