Becky trained in Theatre Design at The Welsh College of Music and Drama. She teaches part-time on the Performance Costume Degree/MFA course at Edinburgh College of Art. She has lived and worked in Scotland for over 25 years as a set and costume designer creating 100 productions for companies across Scotland, the UK and Europe for main- house, touring productions, aerial, dance, site- specific and large outdoor events.

Becky was awarded the Silver medal for Space Design for the National Theatre Scotland’s production of The 306:Dawn at the World Stage Design Exhibition Taipei 2017. She has been nominated for 3 CATS awards and a Manchester Evening News Award for Best Design. Her designs were selected for Make Believe/ UK Design for Performance exhibition at the Prague Quadrennial and The V&A, London 2015. She has exhibited for the Society of British Theatre Designers in 2015, 2011 and 2007.

OUT OF THIS WORLD 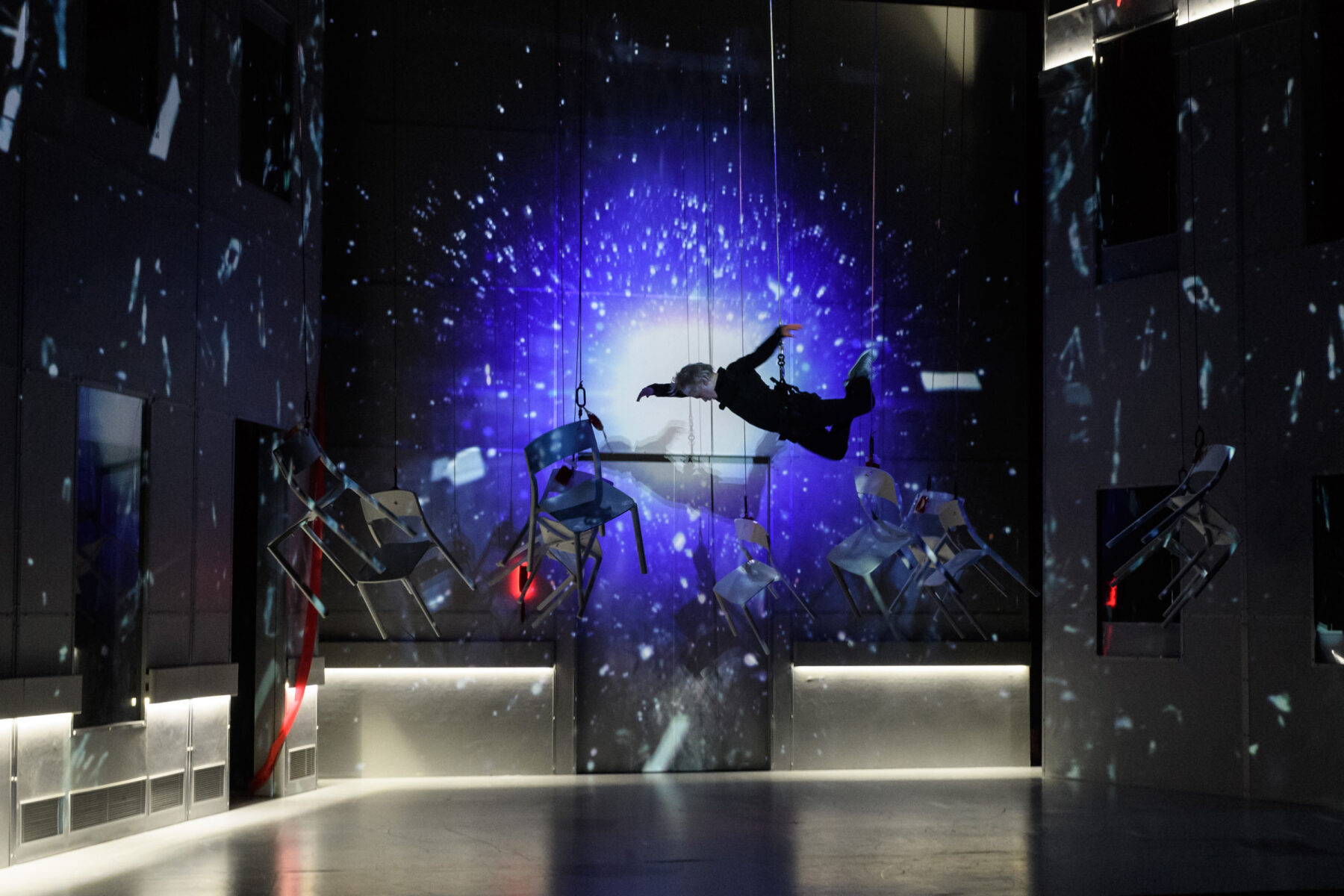 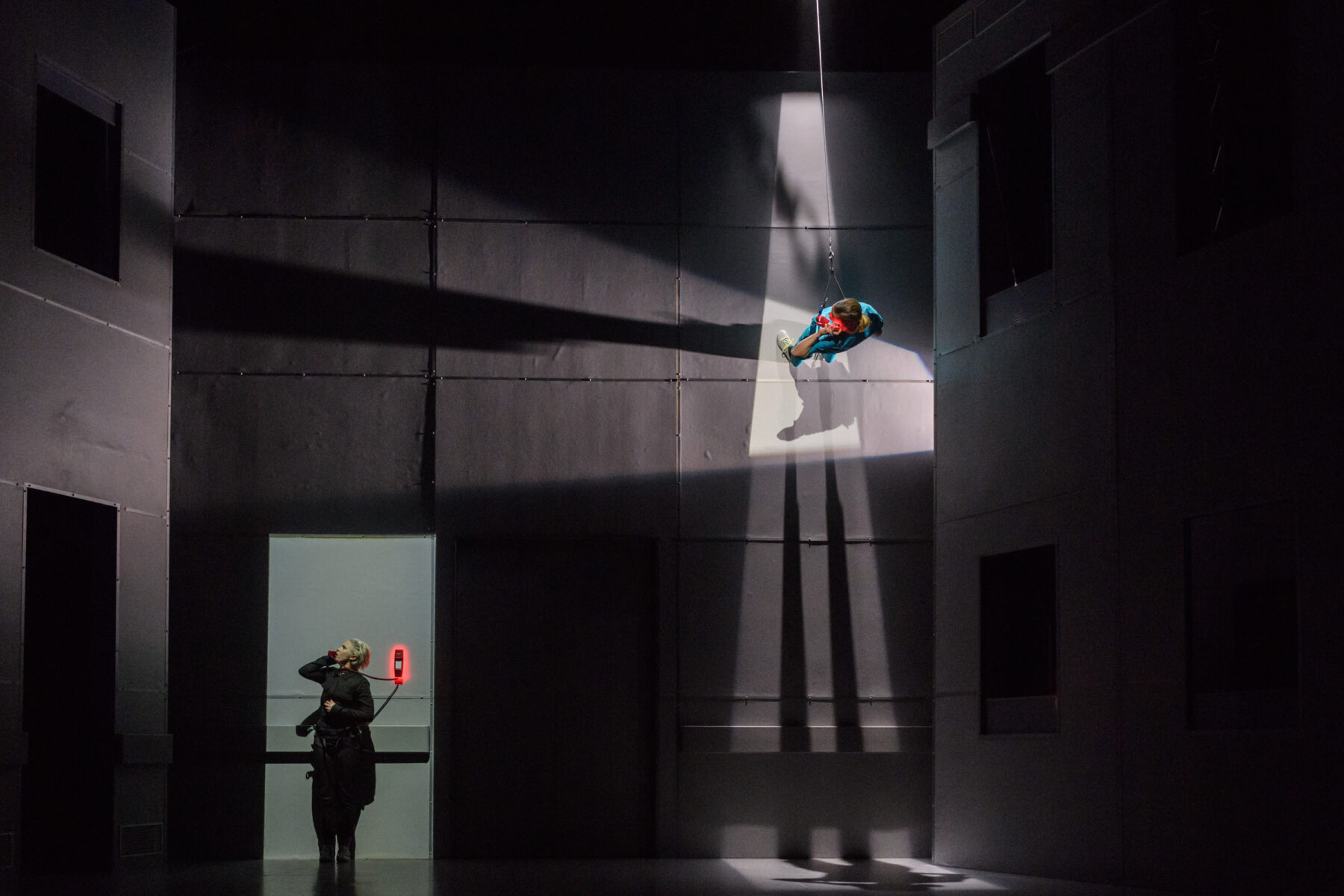 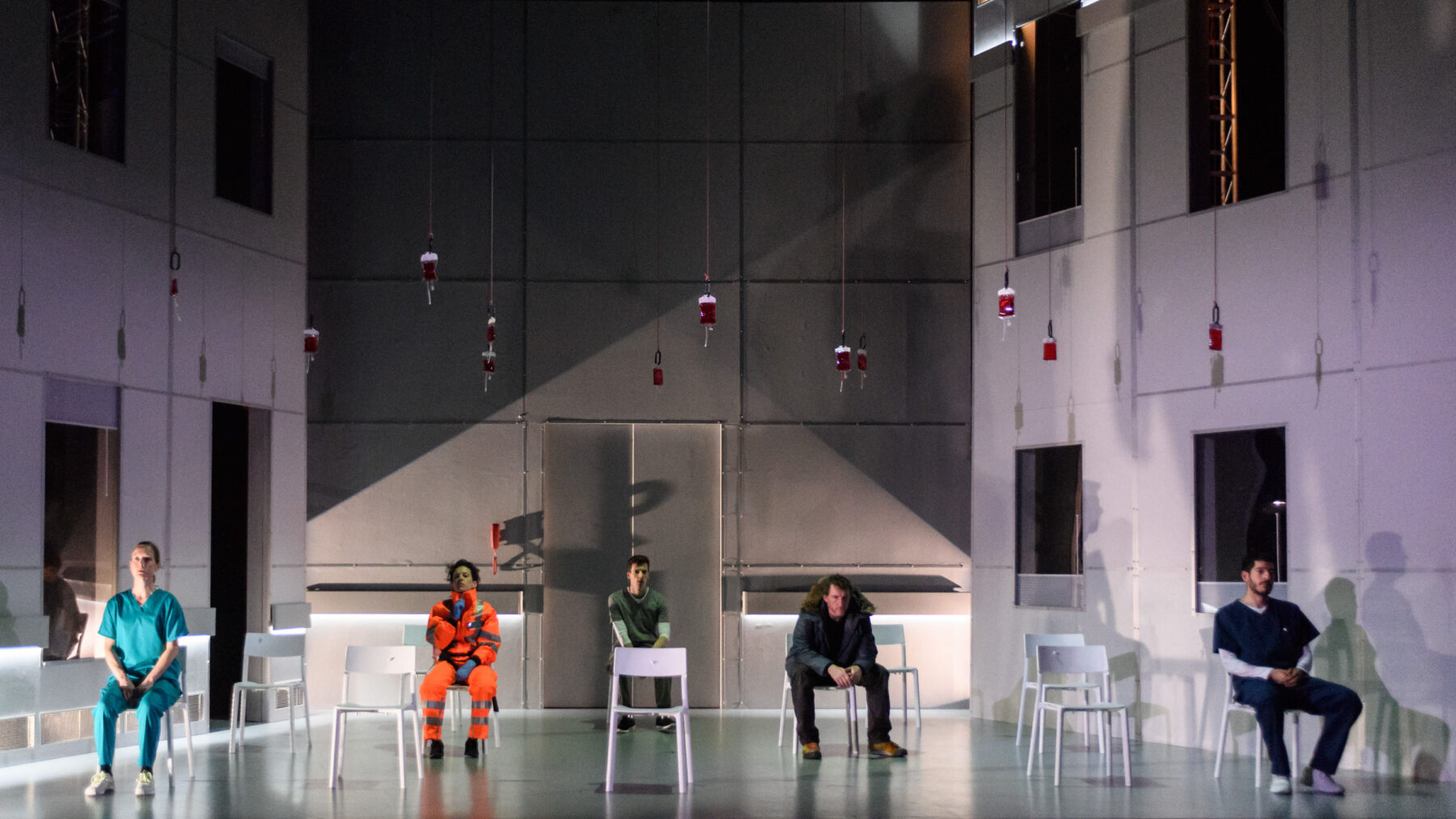 Out Of This World was a brand new genre-defying action packed piece of theatre. Collaborating on the set with writer and director Mark Murphy the design developed constantly from the very early stage in the creation of the script right up until production week.

The design was a true collaboration combining ground breaking aerial choreograph and explosive audio visual special effects. The set not only became a projection surface but a performance space both vertically and horizontally. It incorporated the rigging for the aerial and the specialised lighting effects and needed to be structurally supportive for all these elements. The show also was created for touring and this took extra thinking and planning for the stability of both the technical needs for the show and that of the performers and riggers who needed to see the stage but not be seen by the audience and be aesthetically visually effective.

As my work has developed I have become more and more interested in installation art, which I see as telling a story without words. When this works well it is a powerful silent performance. This inspires me to create a similar feeling with text based design.