Amy Mitchell is a versatile London-based set and costume designer and maker. She graduated from the Royal Central School of Speech and Drama in 2018 and has built up a wide variety of experience in the theatre industry over the past decade.

With direct experience in technical theatre working in West End stage departments, she uses these skills to benefit productions practically within the realisation of her designs. Her work ranges from fringe productions such as ‘Martha, Josie and the Chinese Elvis’ at the Park Theatre to larger-scale one-off productions at venues such as Opera Holland Park and the Shaftesbury Theatre.

Amy also has experience in designing for musical theatre, touring productions, promenade performances, children’s theatre, collaborative devised theatre and feature/short film. She is always looking to develop and build strong creative relationships and has a particular interest in puppetry and sustainable design. 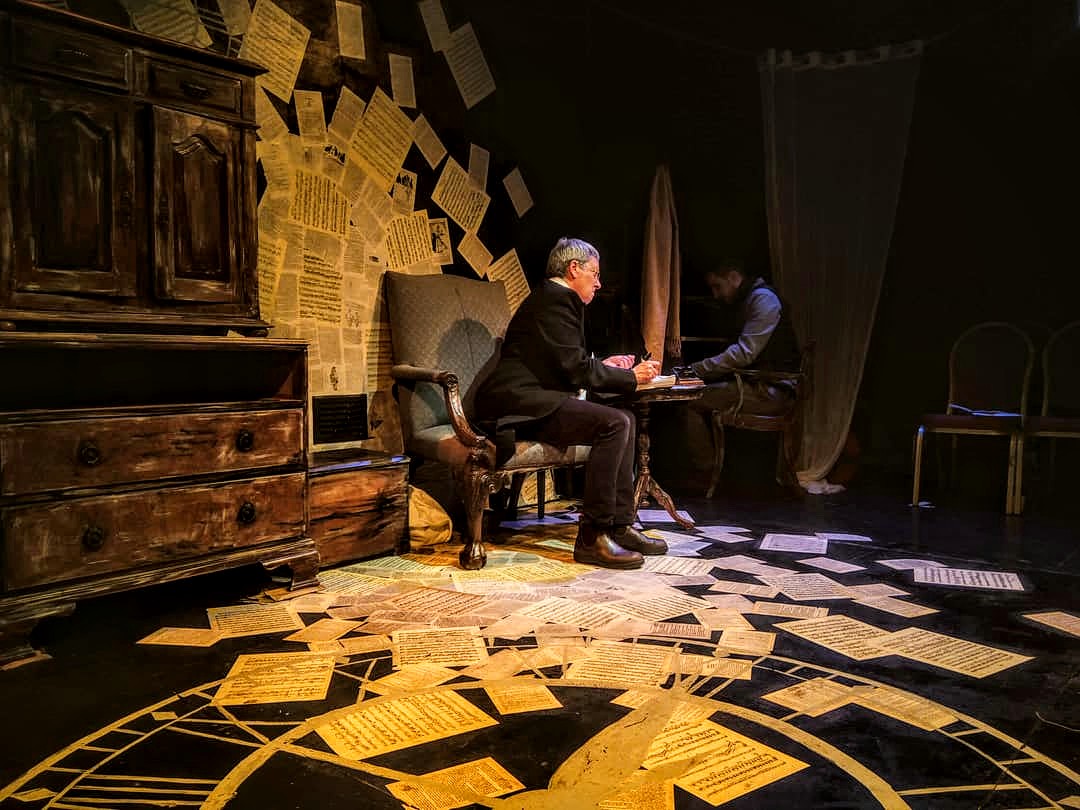 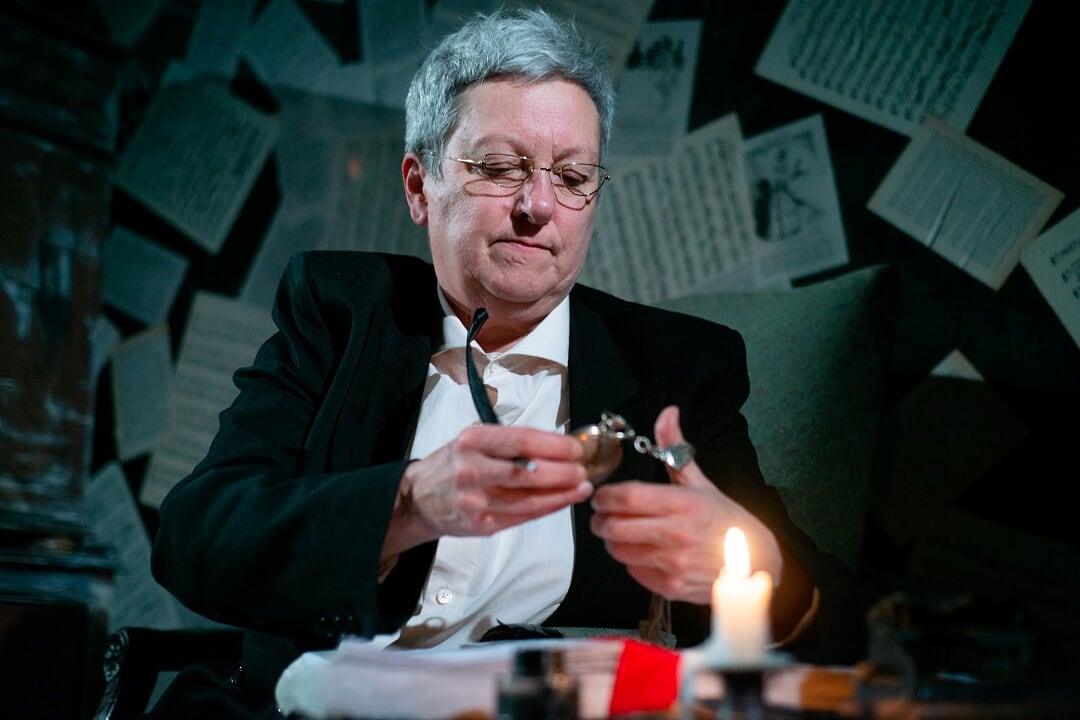 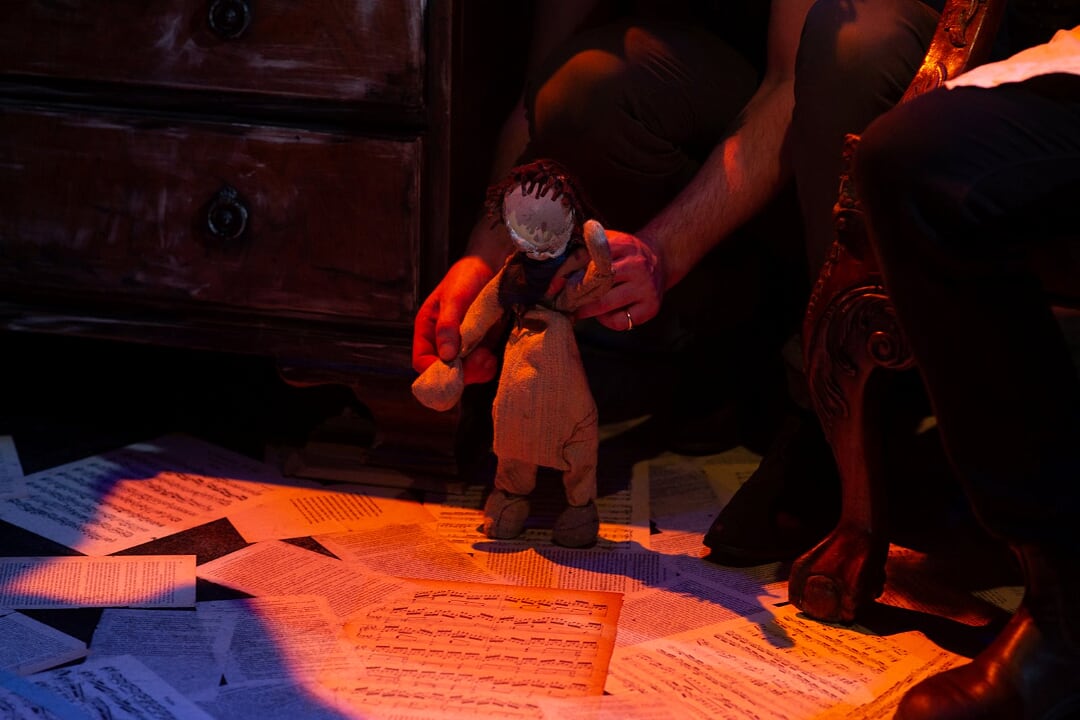 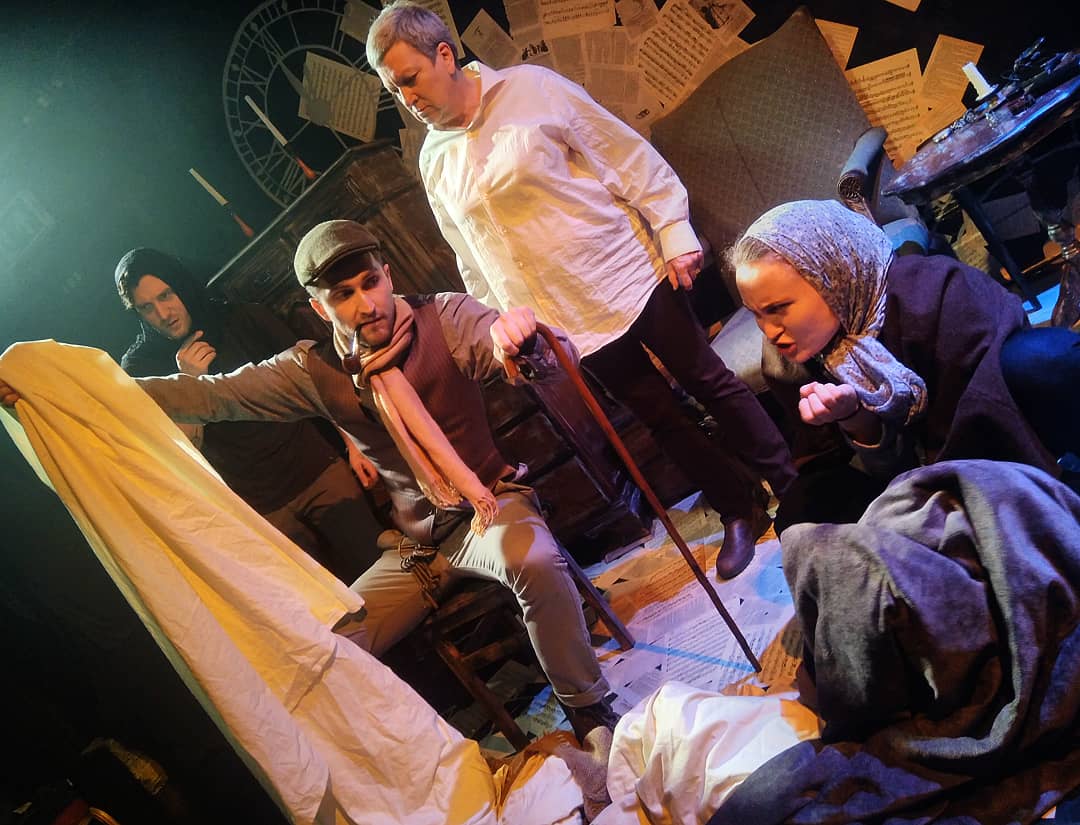 This was a version of the Dickens classic which really focussed on transforming the whole space into an intimate, atmospheric storytelling environment through music, puppetry and intricately choreographed interaction with set, props and costume. It very much became a world where the small cast of 4 could switch between characters and locations both imaginatively and poetically. A true collaboration between the director, cast and designer. This was a production where I was very hands on throughout the rehearsal process, specifically through the practise of puppetry.