Blue is a set and costume designer primarily based in Liverpool and Brighton. She graduated with a 1st BA (Hon) degree in Theatre and Performance Design at The Liverpool Institute for Performing Arts. Since graduation she has worked with National Youth Theatre, Young Everyman and Playhouse and Ugly Bucket Theatre. Blue is always looking at inspiration and is especially interested in natural shapes and colour psychology as well the art styling of some video games. Blue is a part of SBTD Sustainability Design Group as well as Whitecard Collective. 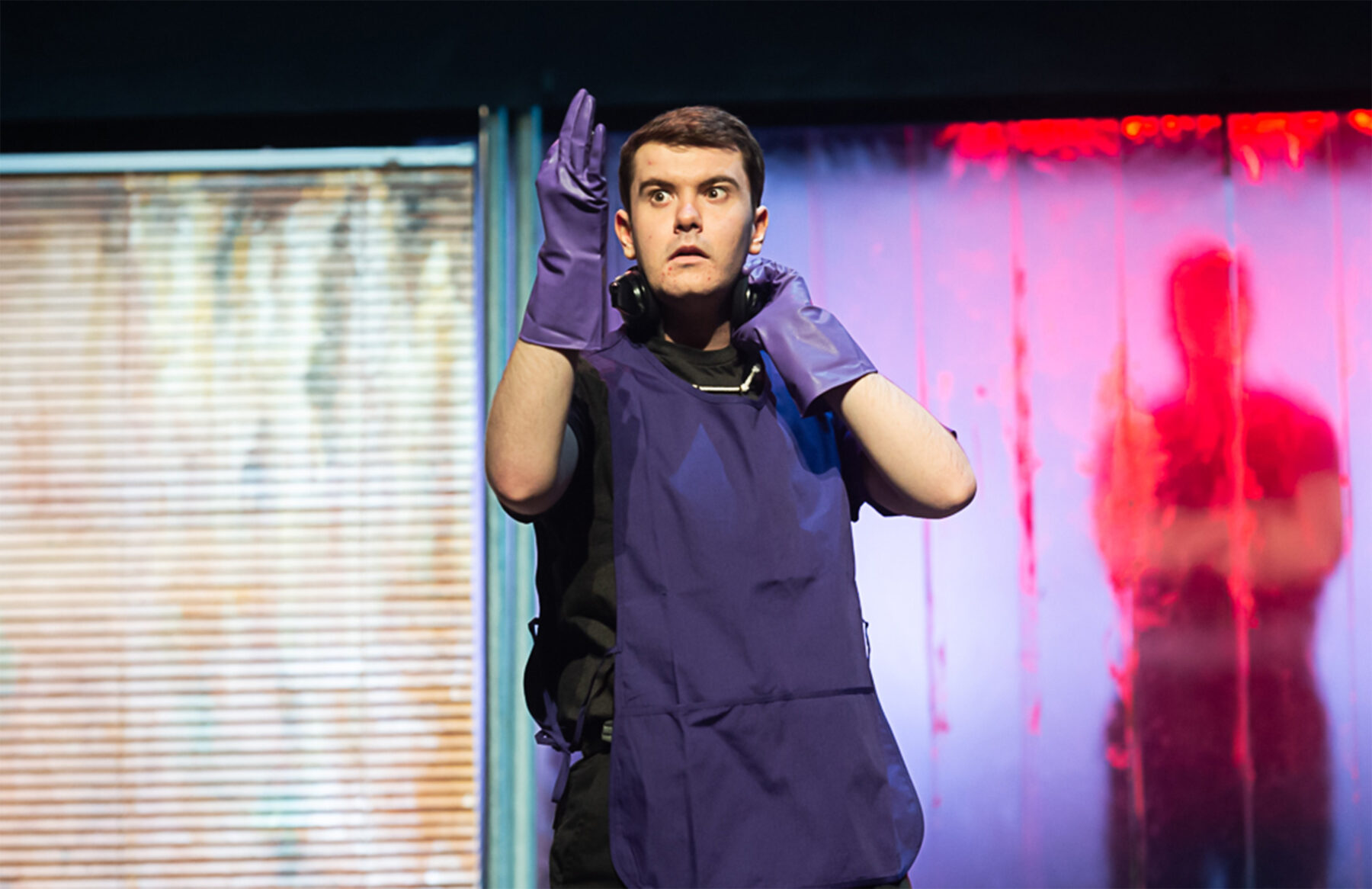 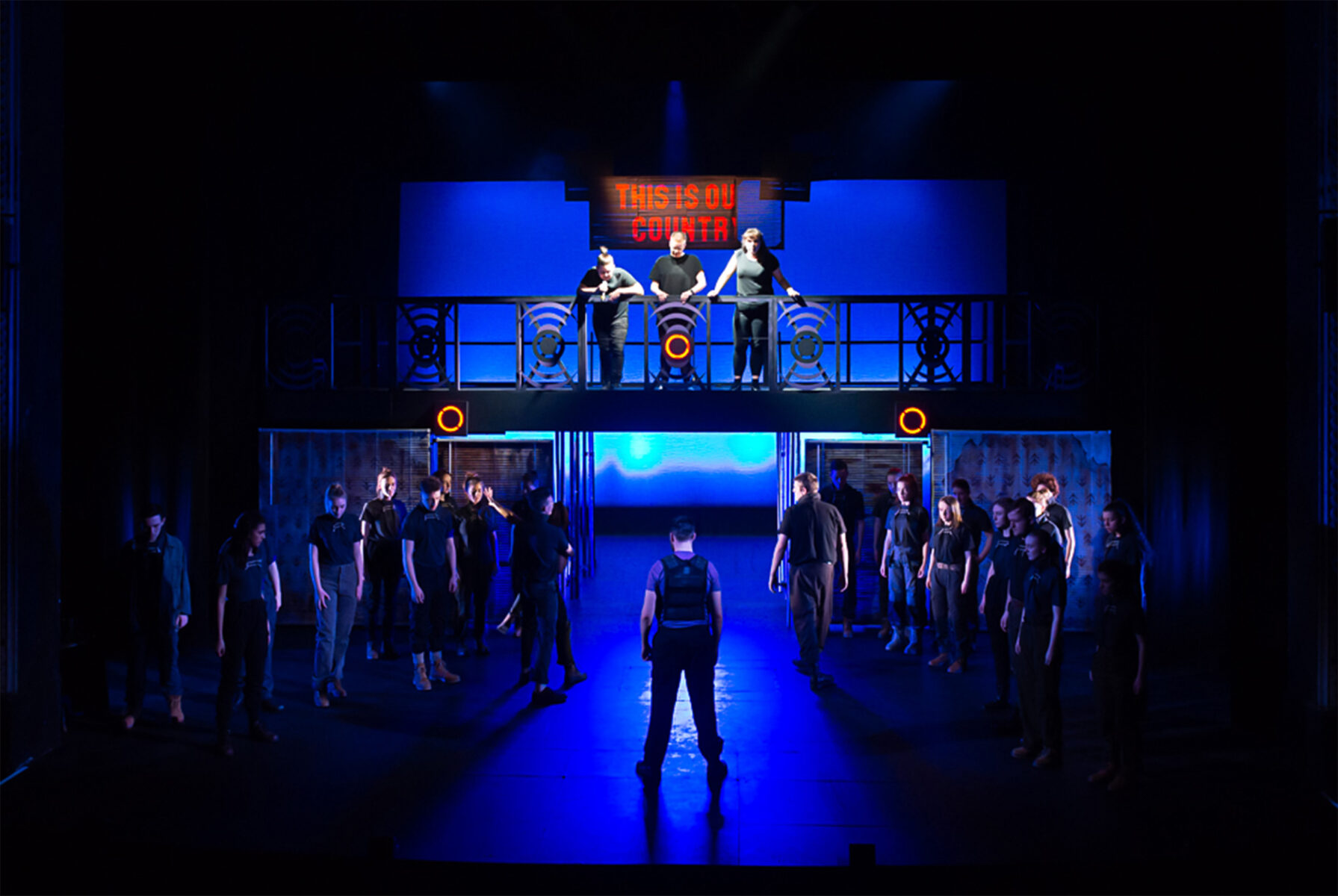 Crowd was devised by 50 YEP actors. It follows three main plots in a world run by an autocratic government. A society without freedom and identity. A world where it is illegal to be gay and people are forced to take ‘Happy Pills’. Iris listens in at all time, and if you don’t obey you get taken away.