I have worked in theatre for around 40 years, including carnival, pantomime, opera, ballet, musicals, site specific events and community plays. My work in carnival took me to Trinidad and Brooklyn, and I have designed for theatre in Singapore, Moscow and Berlin.

Work with Northern Ballet includes Madame Butterfly, Wuthering Heights, and Dracula, and four children’s ballets. Musicals include Chicago, Chess and Hairspray at Aberystwyth Arts Centre. I have designed many shows for Red Ladder Theatre Company over the past 27 years, also for Pilot Theatre, and many shows and projects with Major Road and Welfare State International.

Pantomimes include Aladdin and Cinderella “Rock and Roll” Pantomimes at the City Varieties in Leeds, and Cinderella, Aladdin and Sleeping Beauty at Cast in Doncaster. Other credits include The Little Mermaid at Dundee Rep, Kes and Brassed Off at Lawrence Batley Theatre, and Bollywood Jane at Leicester Haymarket. I am now working on The Jungle Book, my third design for Derby Theatre, following Two and Brassed Off.

I am a ‘hands on’ designer and also a scenic artist, and have just finished making props for Opera North’s Magic Flute. 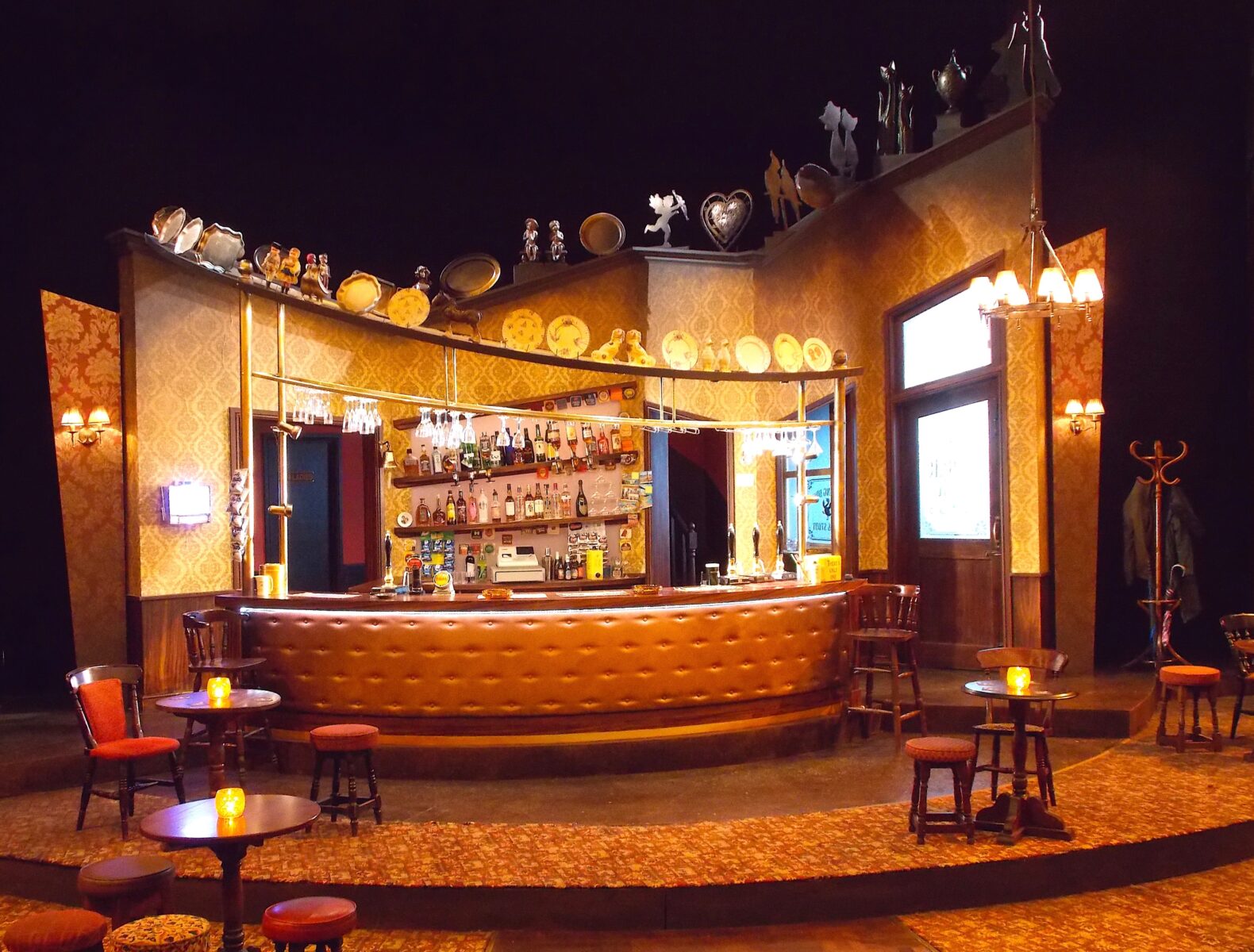 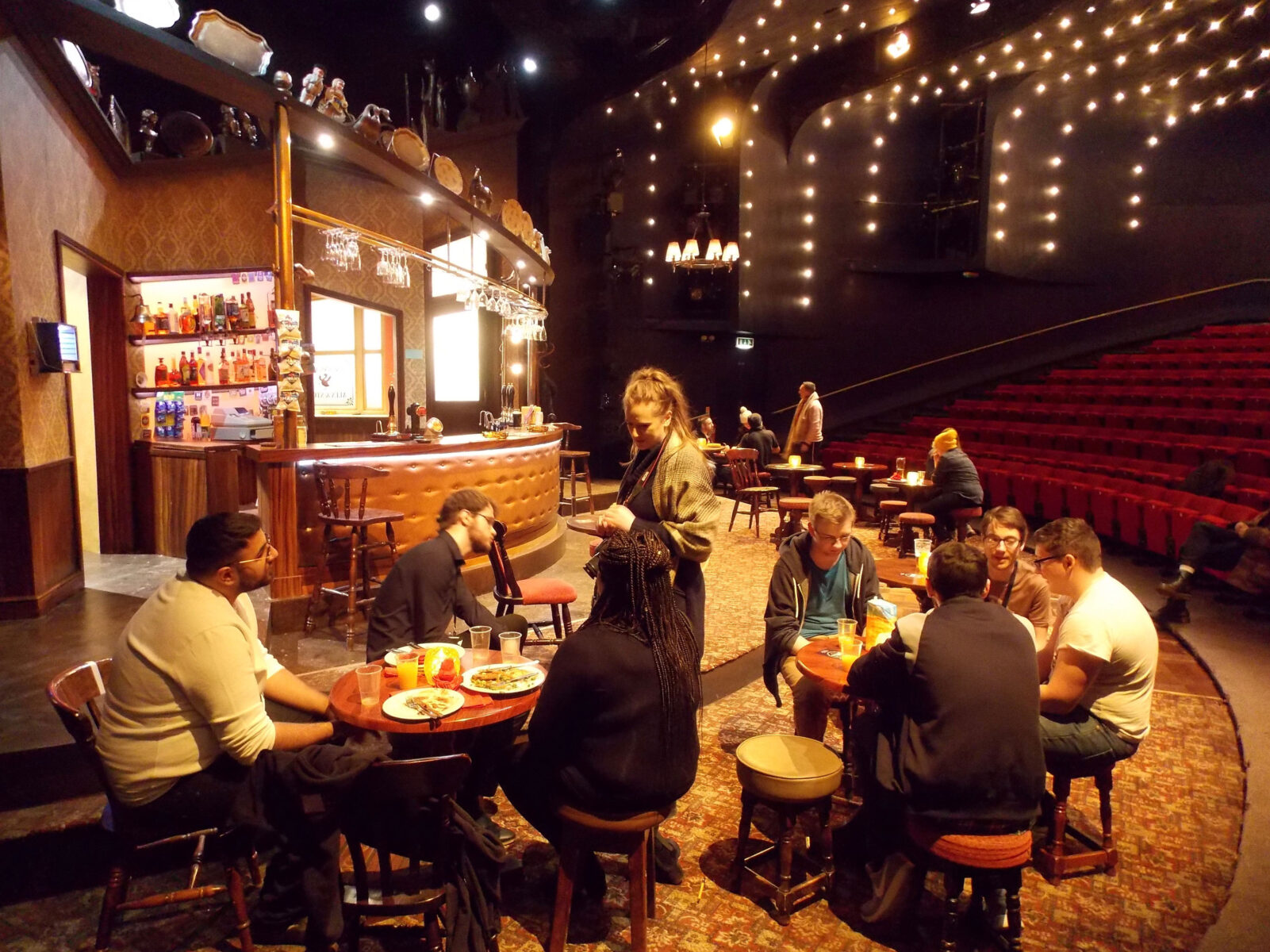 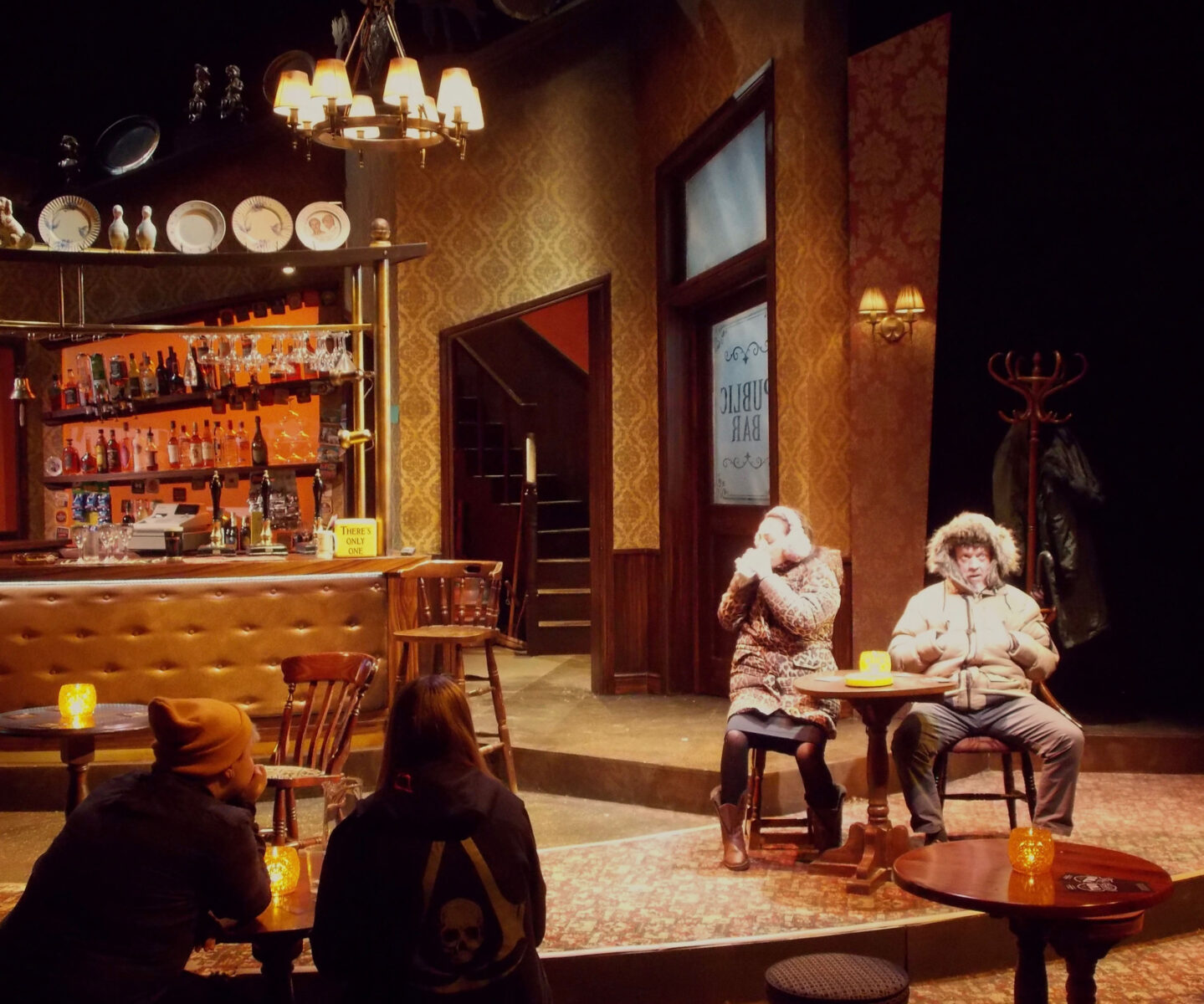 Two was originally written for performance by two actors in a studio space. In order to stage it in a full scale venue design was crucial, and had a major influence on the piece.

We wanted to involve the audience, so special experience tickets were available which entitled you to a seat in the “pub” on the set, and drinks and food which were obtained from a real bar onstage. The performers were then able to mingle and interact with audience members, creating a very special theatrical experience.