Trained at Wimbledon School of Art, Alex has designed over 150 productions for venues large and small.
He has designed many productions for The Finborough Theatre, including London Wall and transfer to St James Theatre; Dream of the Dog and transfer to Trafalgar Studios and The White Carnation and transfer to Jermyn Street Theatre. Other recent designs include: The Odd Couple, Vienna’s English Theatre; The Firm and The Meeting, Hampstead Theatre; London Calling and Can’t Buy You Love, Salisbury Playhouse; The Cutting of the Cloth and The Fifth Column, Southwark Playhouse; Around the World in 80 Days and Sherlock Holmes and the Crimson Cobbles, The Theatre Chipping Norton and tours; Tape Trafalgar Studios.

AROUND THE WORLD IN 80 DAYS 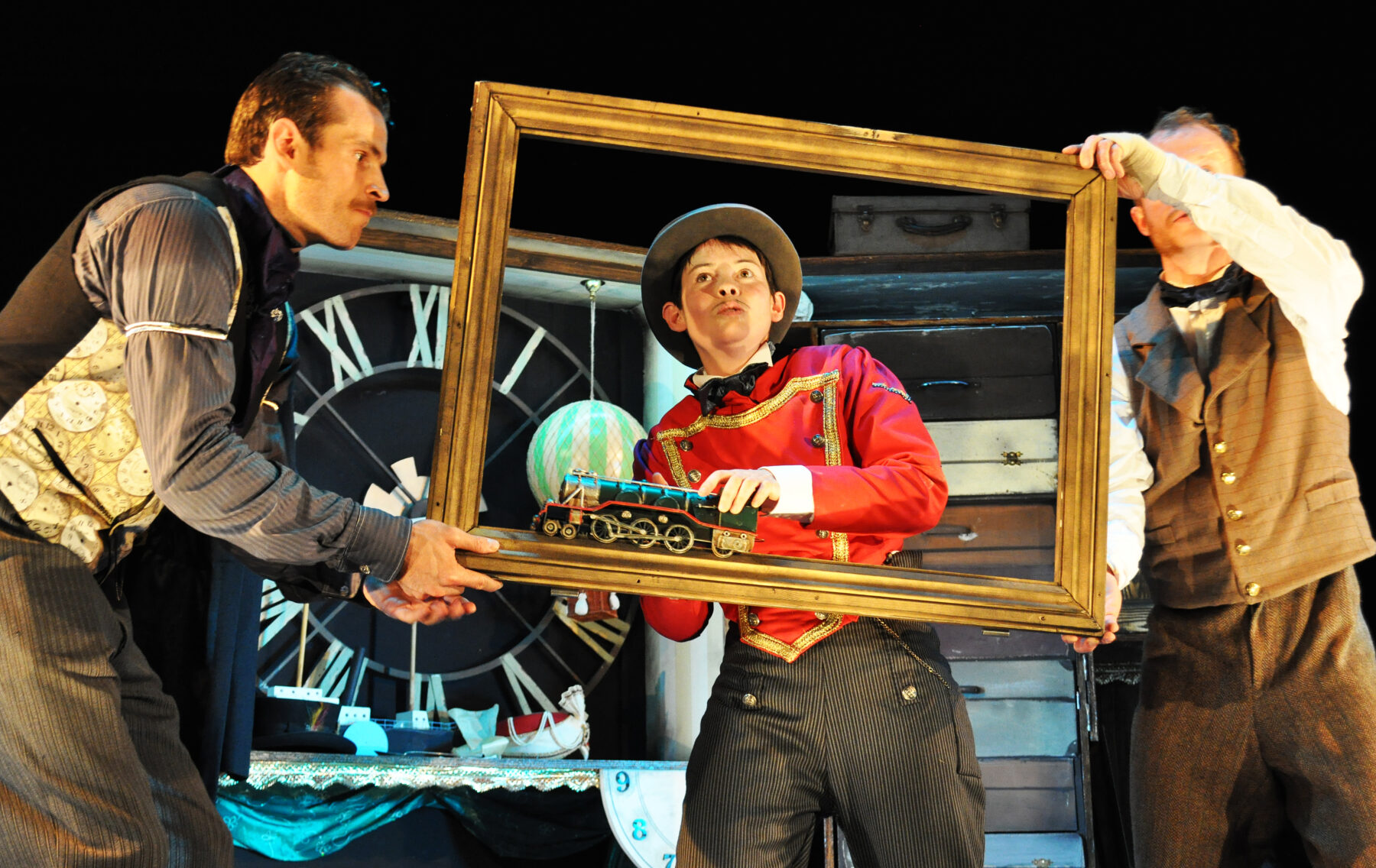 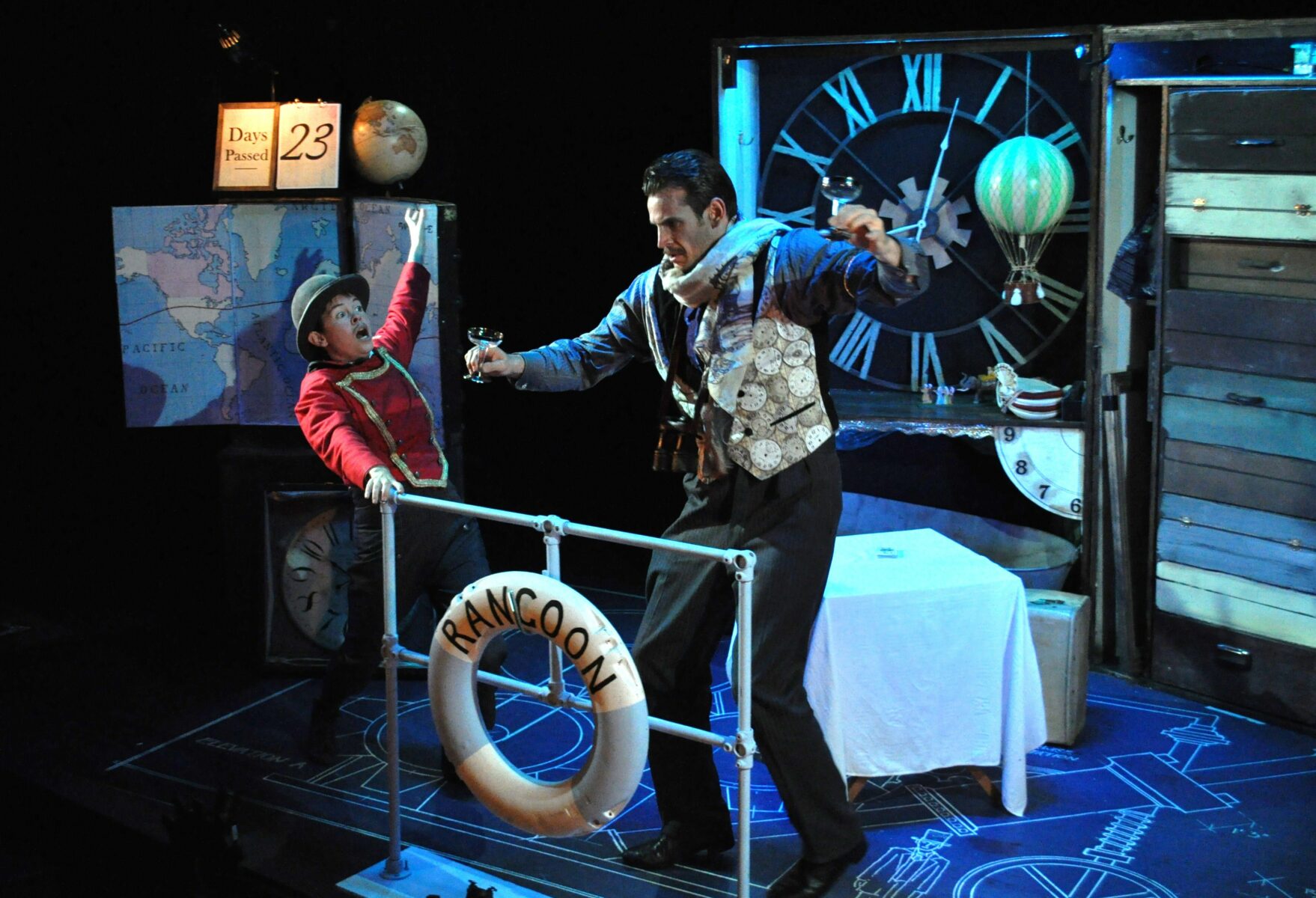 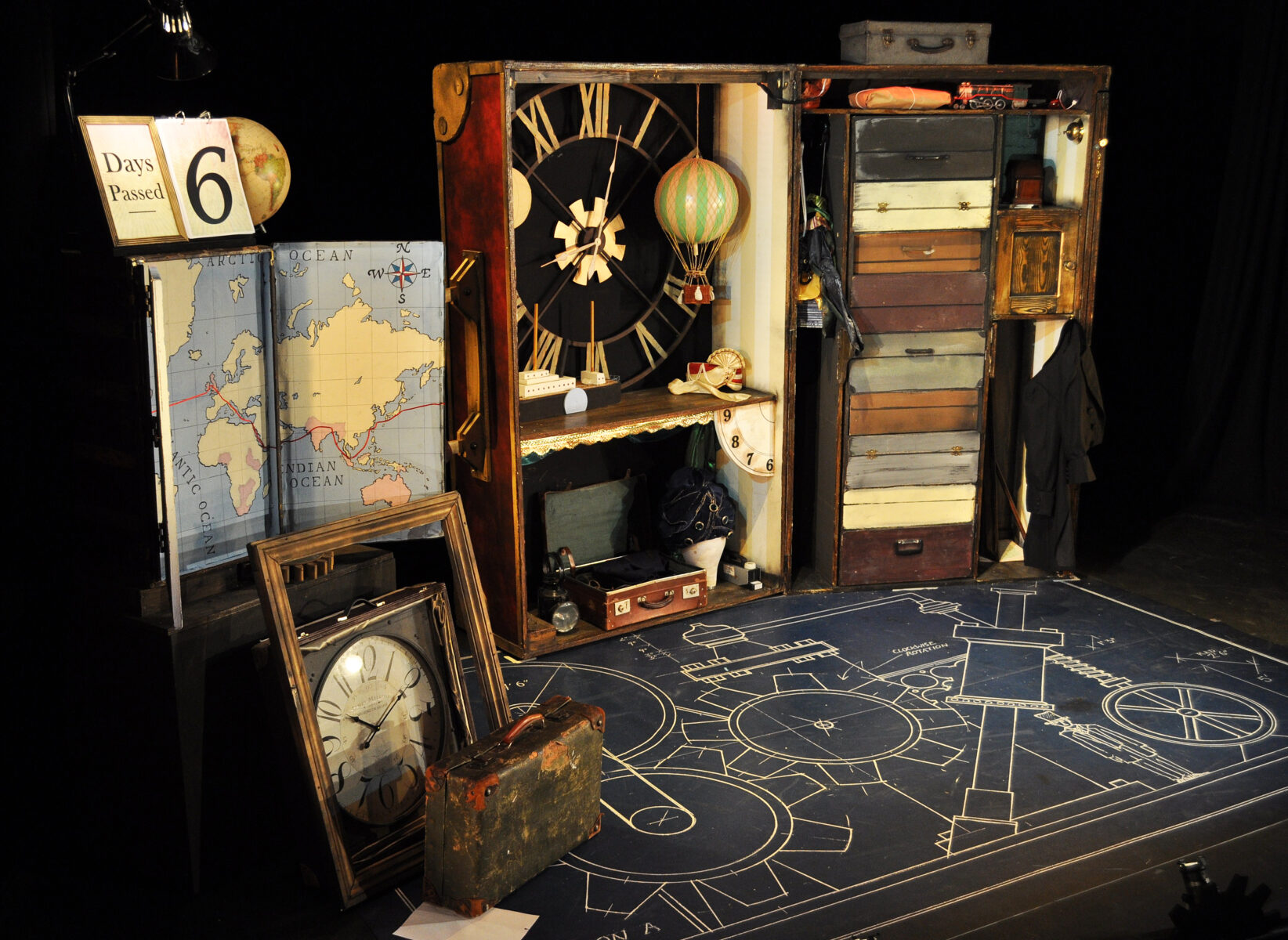 All aboard for Toby Hulse’s re-telling of Philias Fogg’s 80 day dash round the globe. Three actors, multi-rolling as all the characters, used physicality and a succession of bizarre costumes and props which all sprang out of an oversized suitcase. The set had to be flexible as the tour visited every kind of venue from fully equipped theatres to village halls.