A graduate of Wimbledon School of Art Laura is a London / Midlands based set and costume designer for opera, theatre and television. 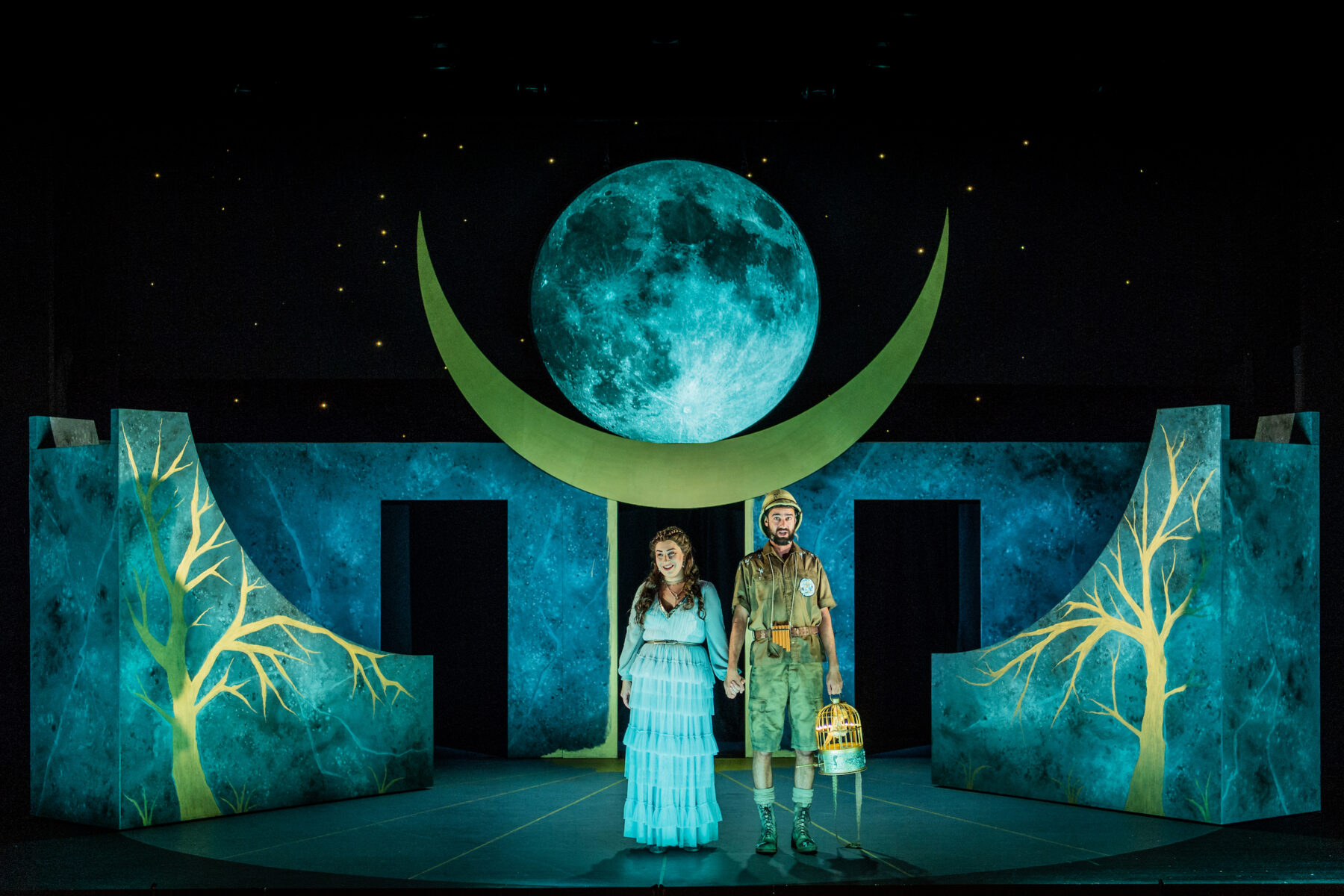 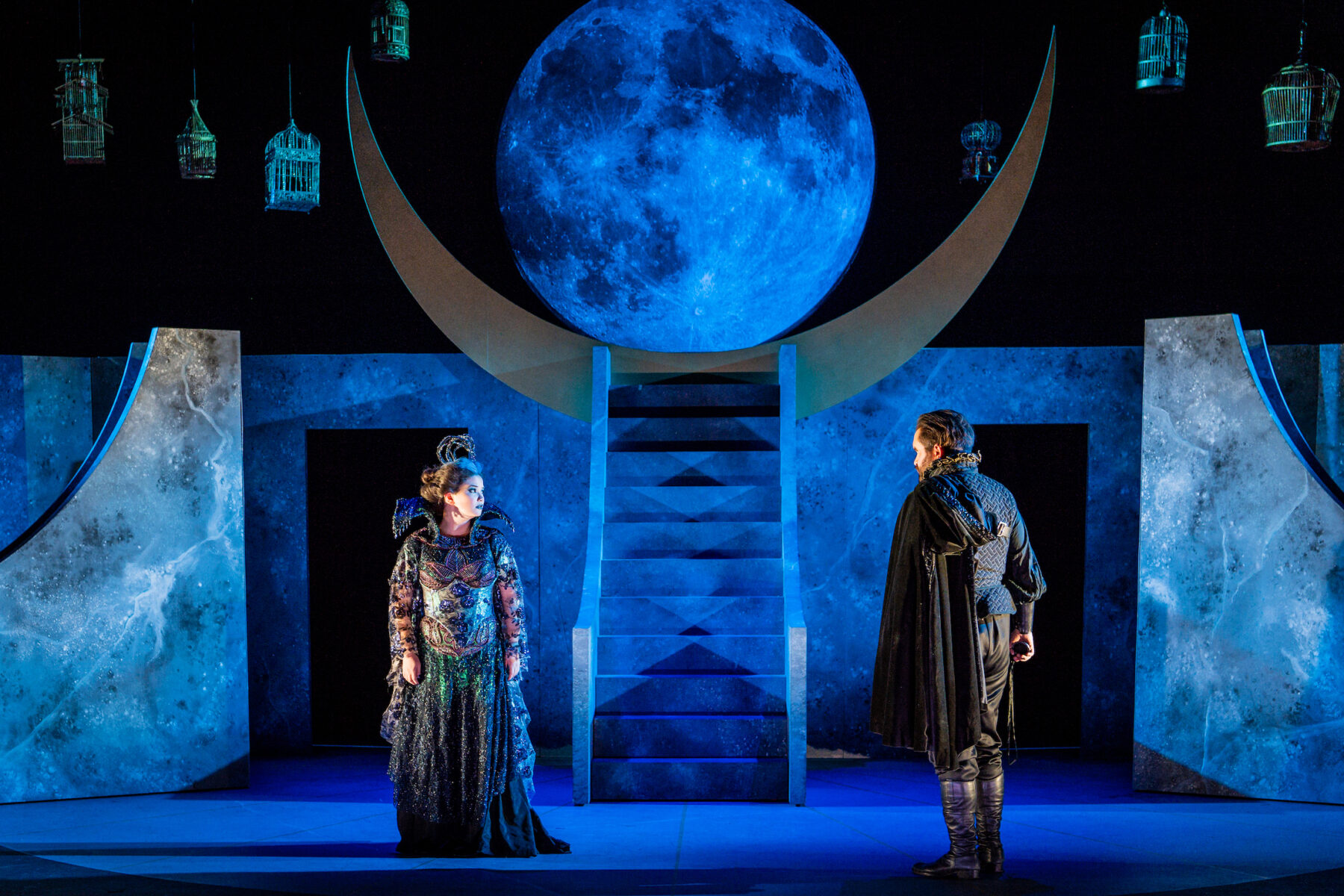 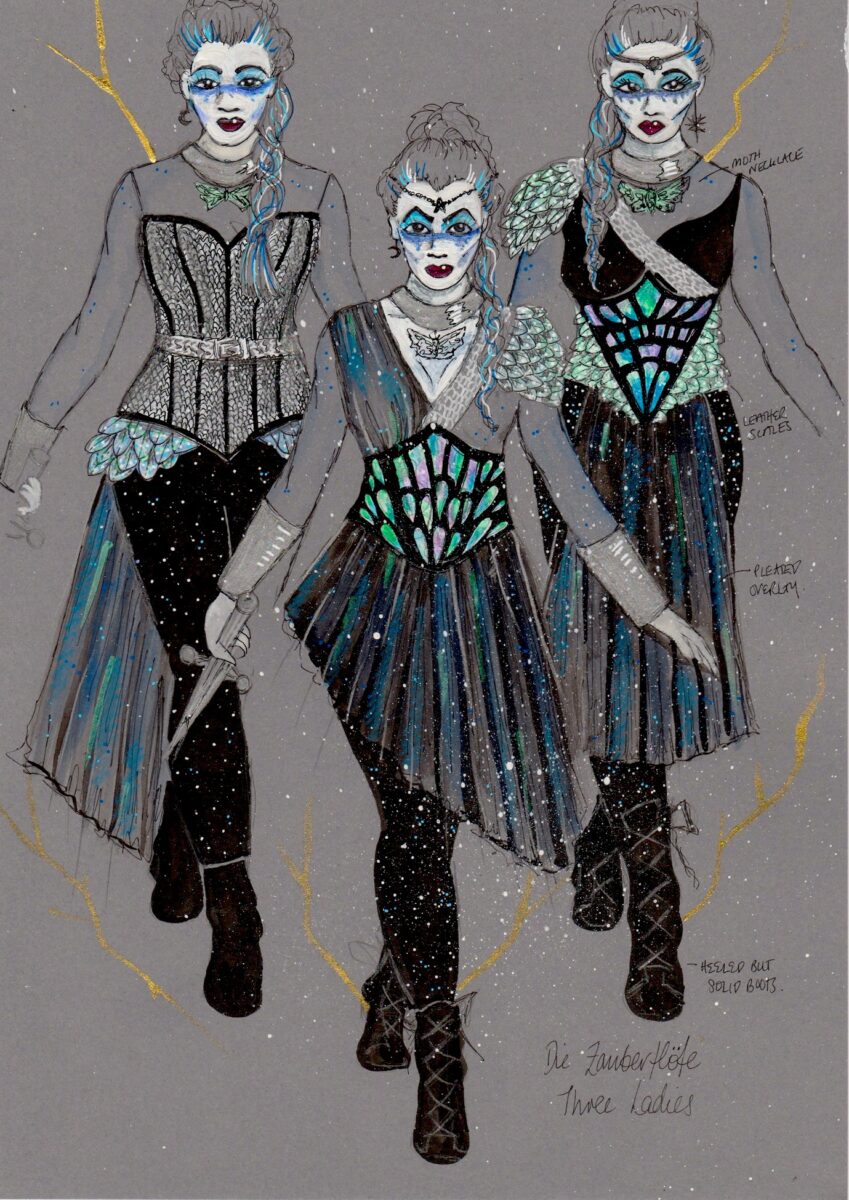 It was clear from the early meetings with the Director that we wanted to create a world with the emphasis on the magic of this opera. I had remembered visiting an 18th century astrological observatory called Jantar Mantar in Jaipur and I immediately went and dug out my photographs. I had loved the staircases heading into the skies but seemingly going nowhere, the way the sun hit the strange forms at different times of day and the shadows this created. Playing around with shapes inspired by this I created three moveable staircases which could be positioned in many different ways to create temples, doorways, a forest or to just disappear completely. These could be moved by members of the chorus easily to create each scene.
For the costumes we went for a fantasy world very much lead by character. The three ladies as armoured warriors of the moth-like Queen of the Night, obsessed with her quest for the light. A Papageno flirting with the audience and handing his ‘birds-r-us’ business cards to anyone who’ll take one. And a feisty Pamina who leads the hapless Tamino, an archetypal Prince Charming, into the trials of water and fire.